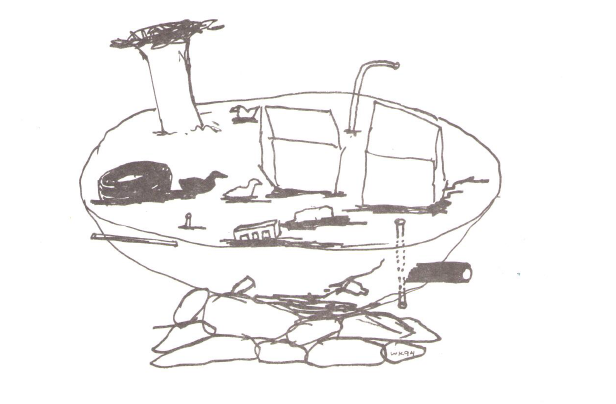 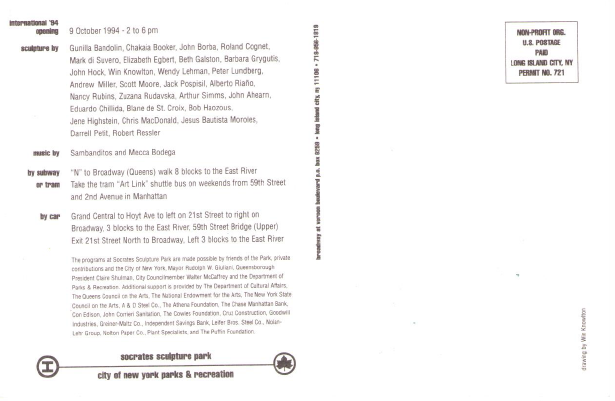 The programs at Socrates Sculpture Park are made possible by friends of the Park, private contributions and the City of New York, Mayor Rudolph W. Giuliani, Queensborough President Claire Shulman, City Councilmember Walter McCaffrey and the Department of Parks & Recreation.