Heavy rain and 41° in Queens

Heavy rain and 41° in Queens The background color of this website changes based on current sky conditions in New York City. 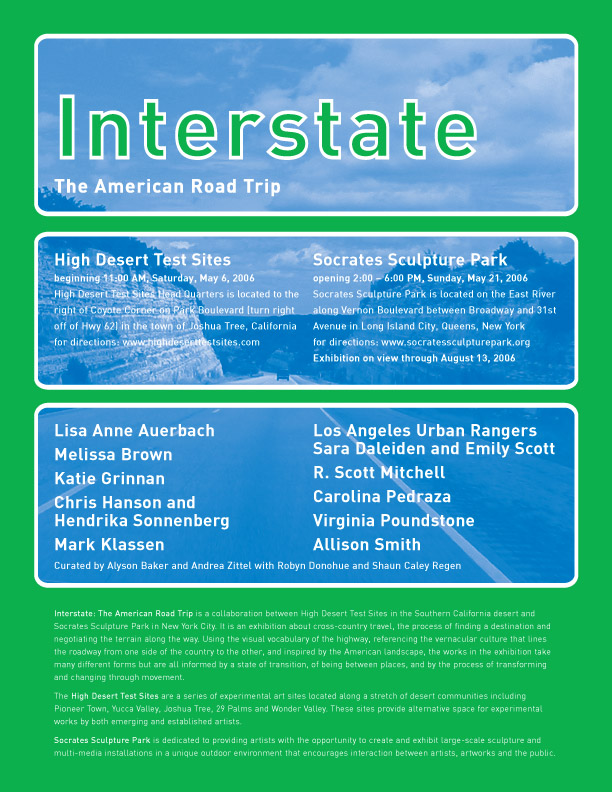 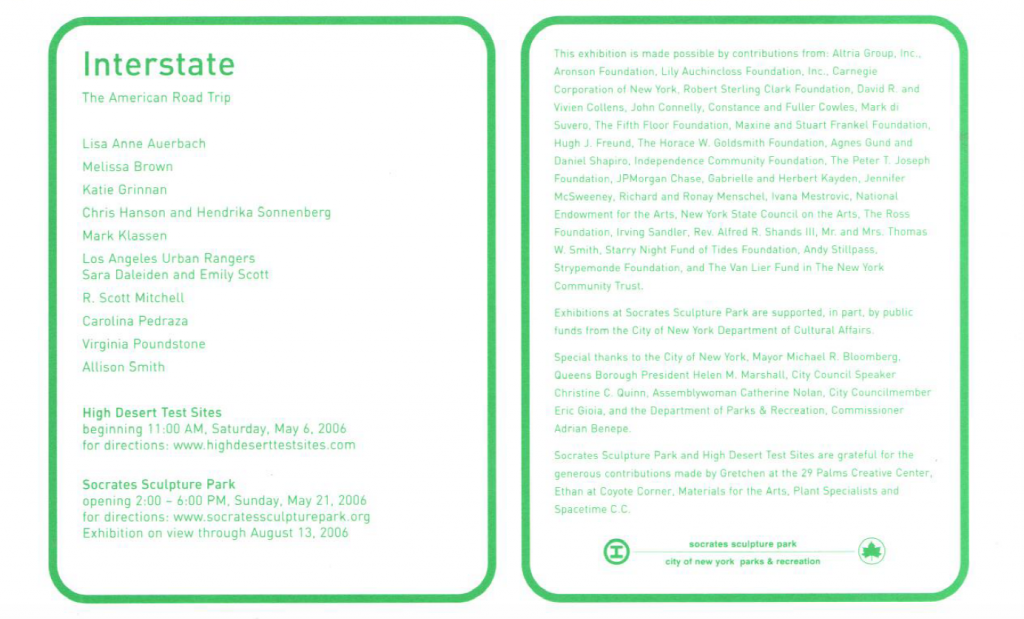 Interstate: The American Road Trip is a collaboration between High Desert Test Sites in the Southern California desert and Socrates Sculpture Park in New York City. It is an exhibition about cross-country travel, the process of finding a destination and negotiating the terrain along the way. Using the visual vocabulary of the highway, referencing the vernacular culture that lines the roadway from one side of the country to the other, and inspired by the American landscape, the works in the exhibition take many different forms but are all informed by a state of transition, of being between places, and by the process of transforming and changing through movement.

High Desert Test Sites are a series of experimental art sites located along a stretch of desert communities including Pioneer Town, Yucca Valley, Joshua Tree, 29 Palms, and Wonder Valley. These sites provide alternative space for experimental works by both emerging and established artists.