Cloudy and 43° in Queens

Cloudy and 43° in Queens The background color of this website changes based on current sky conditions in New York City. 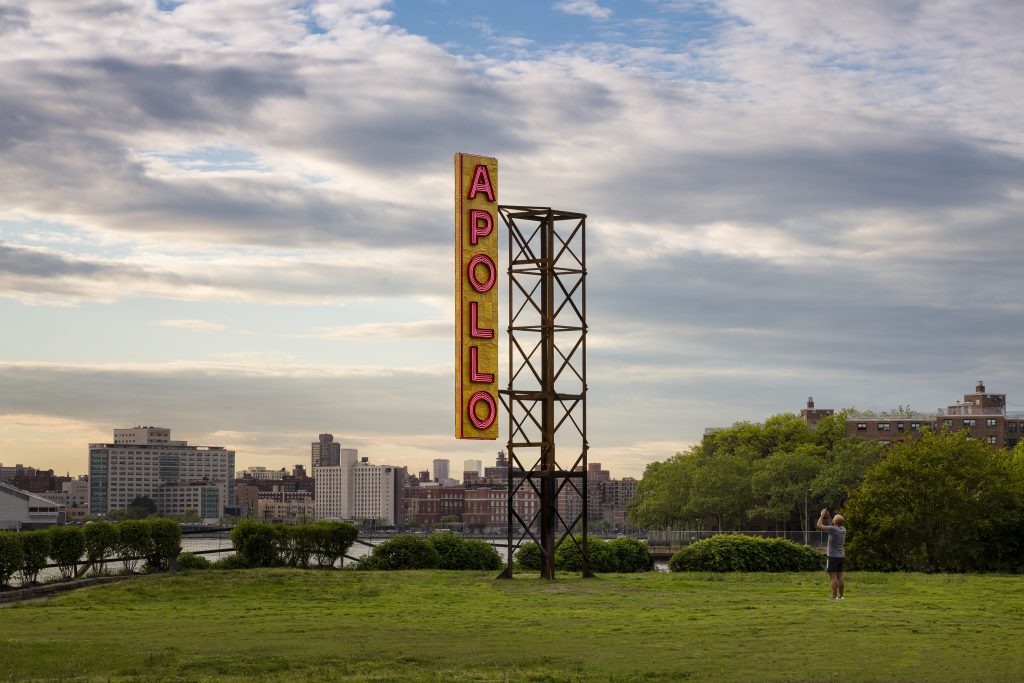 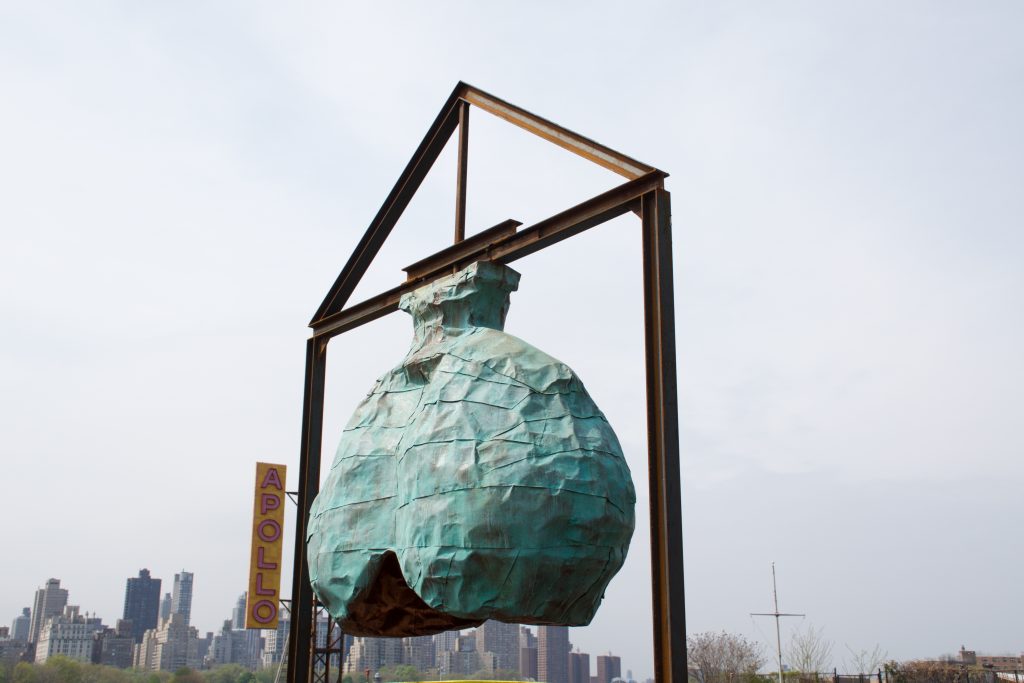 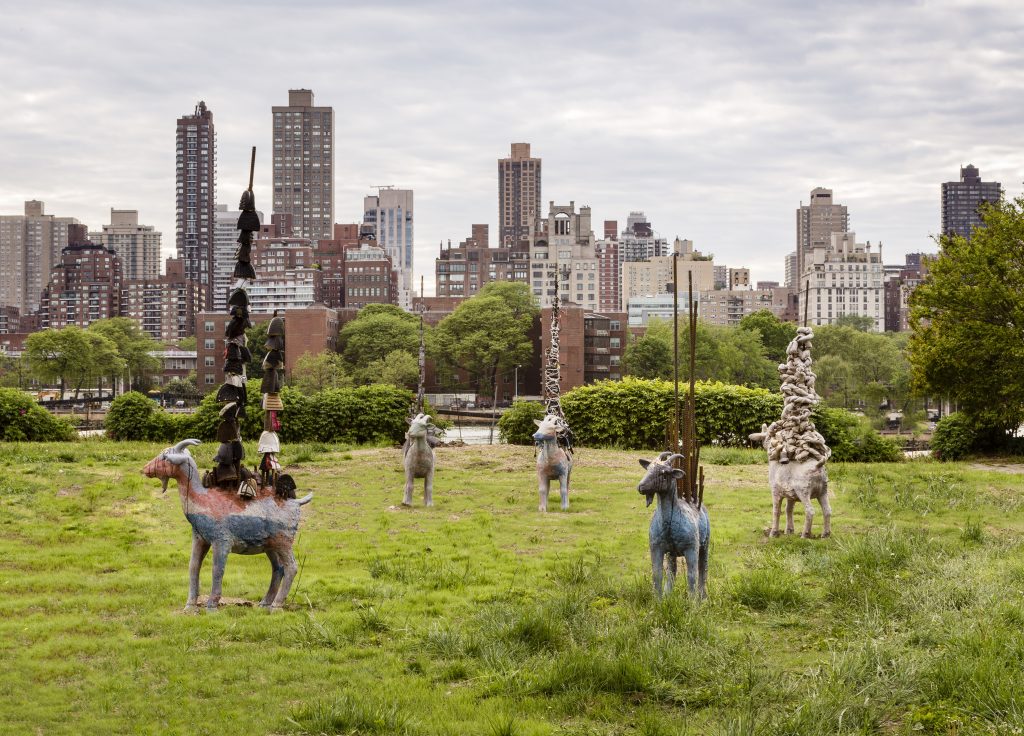 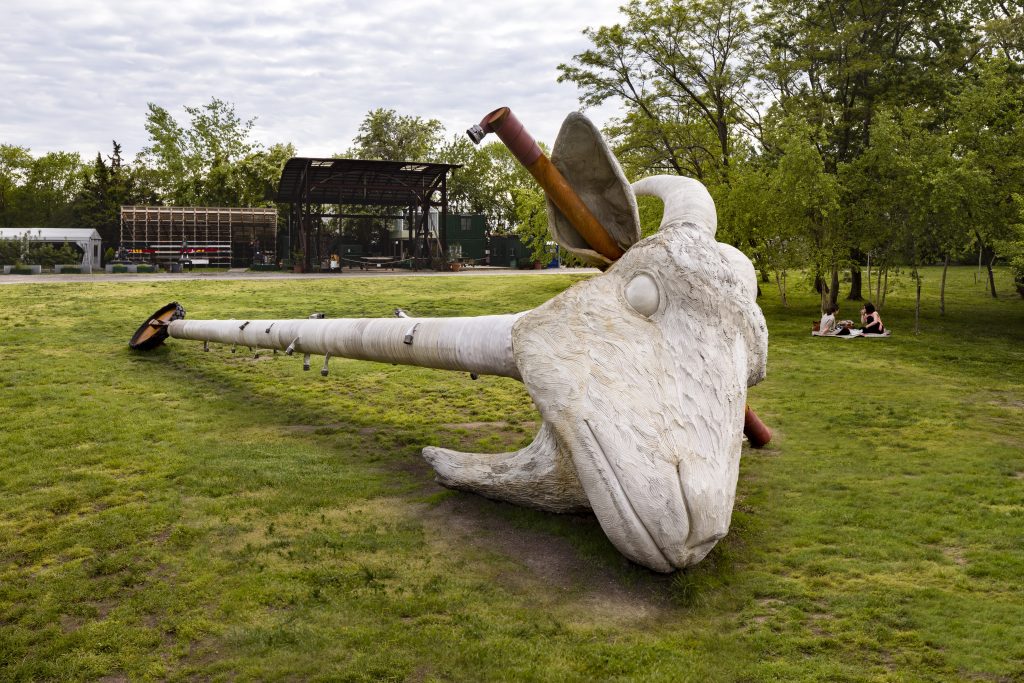 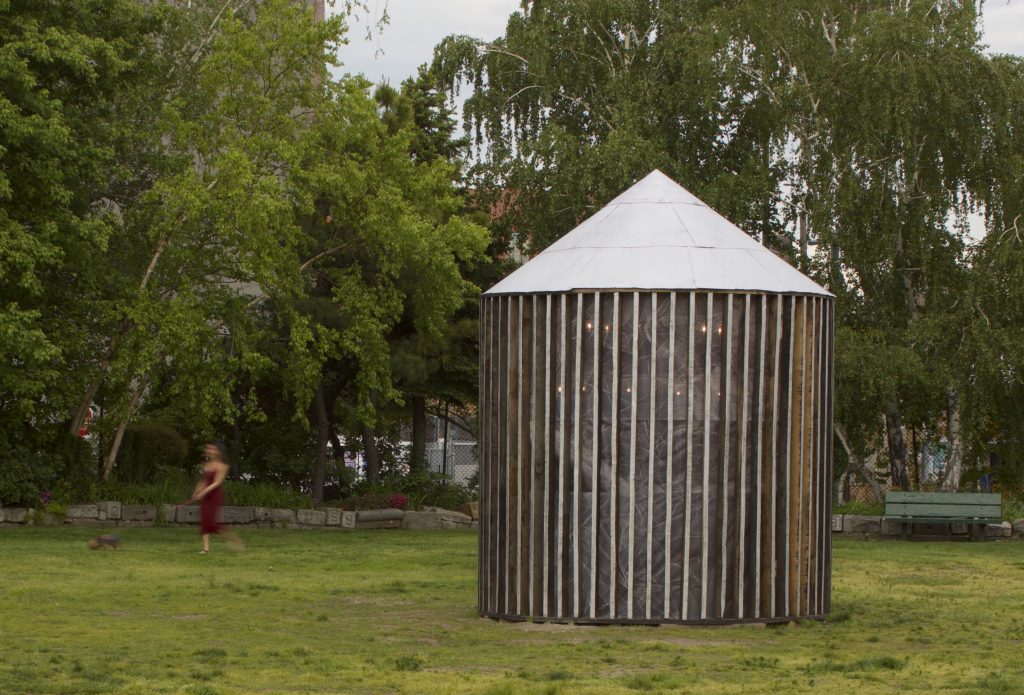 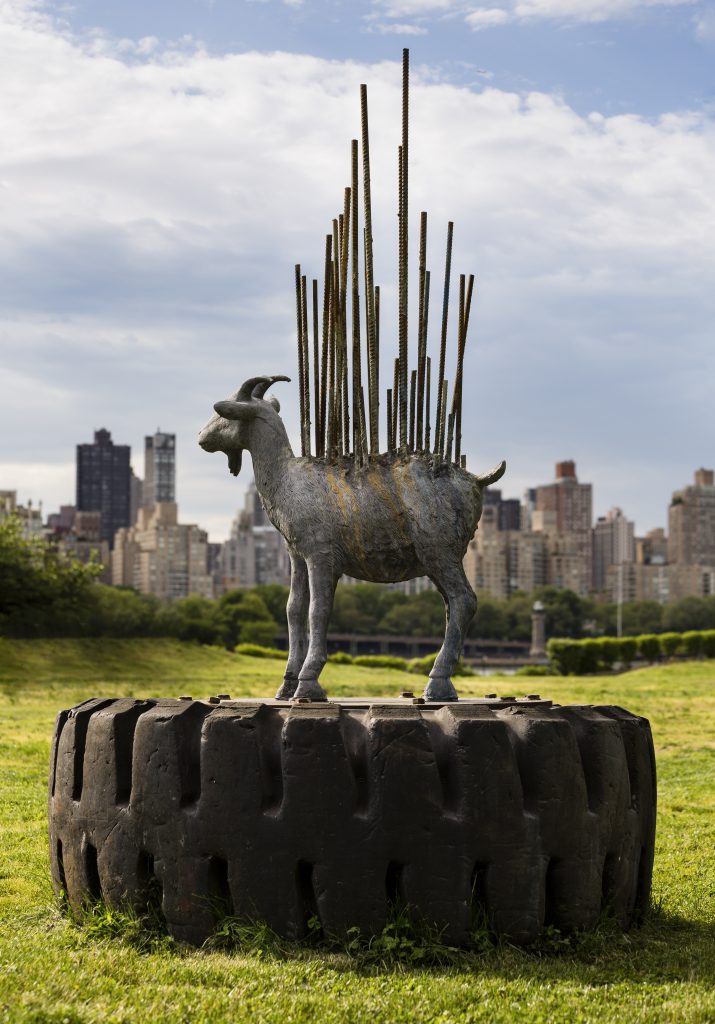 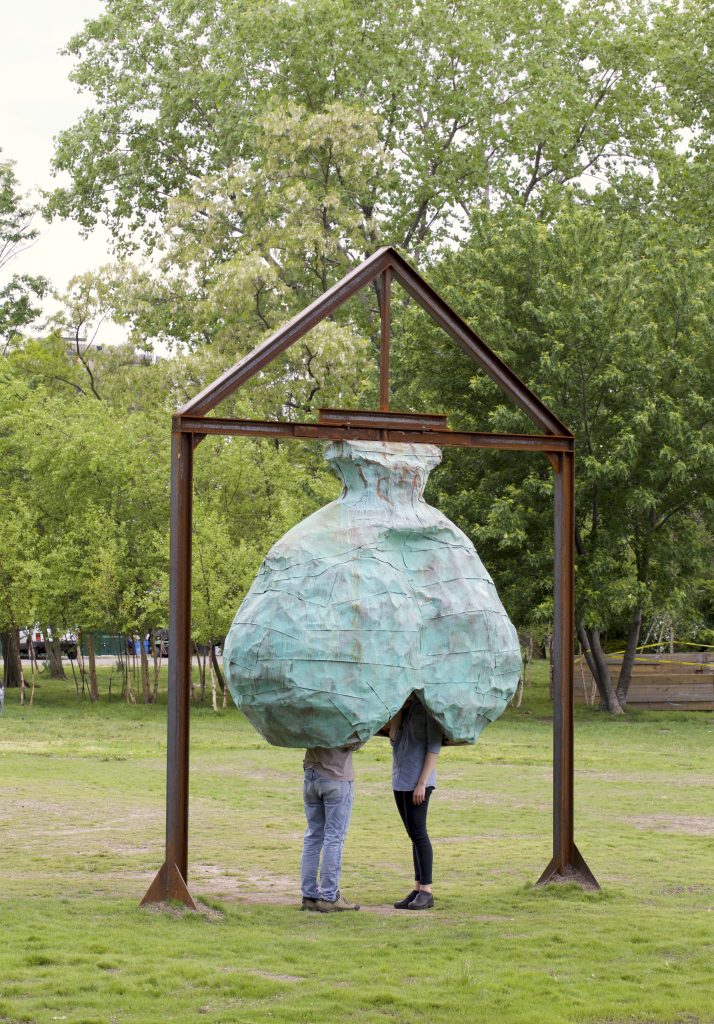 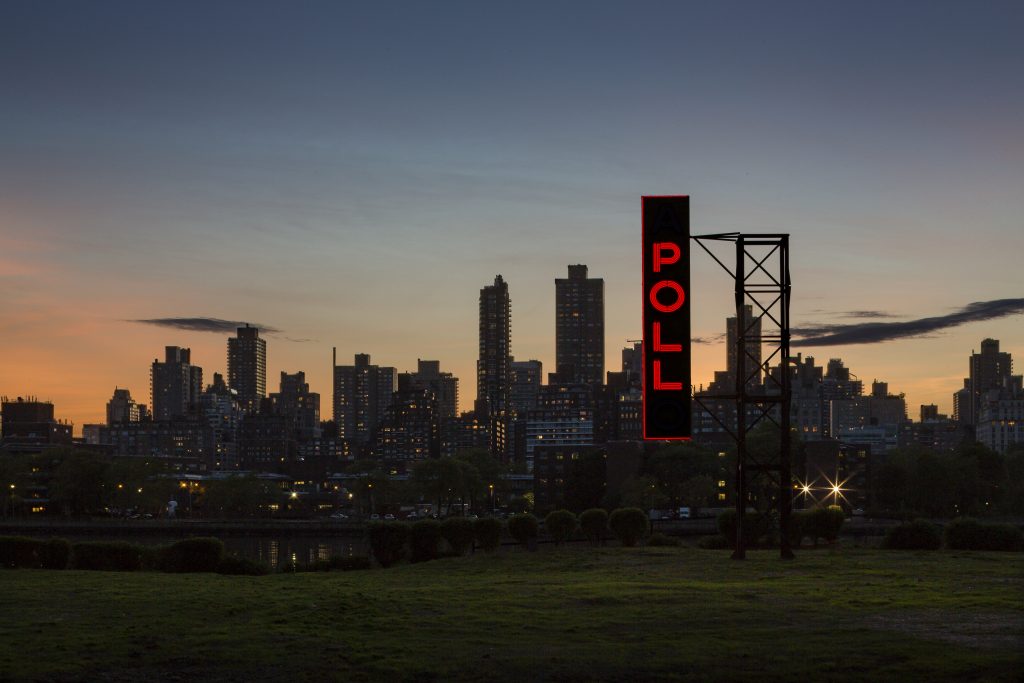 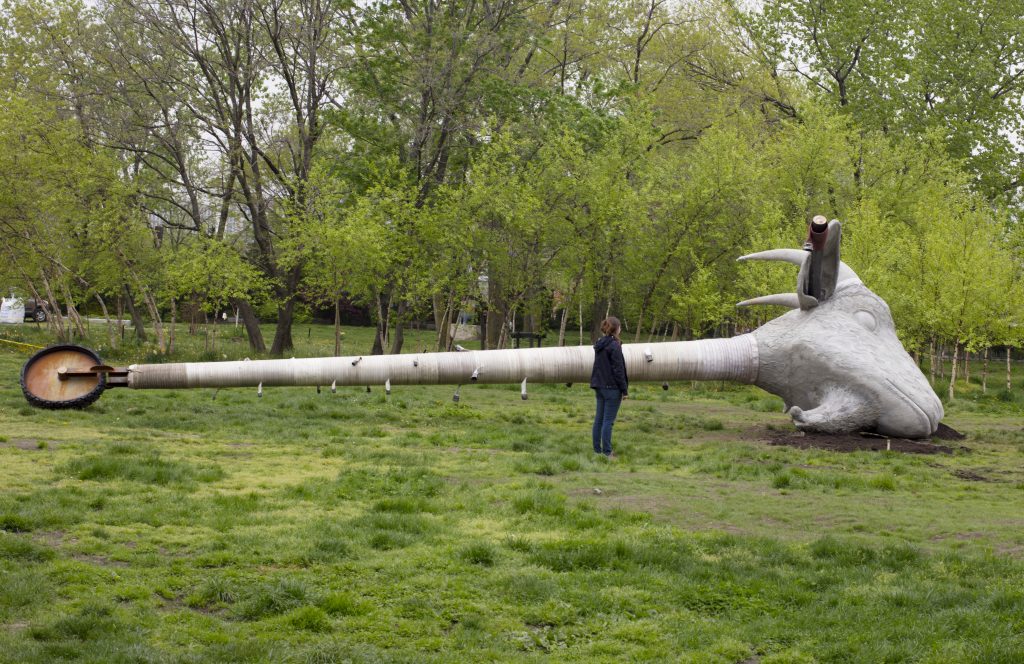 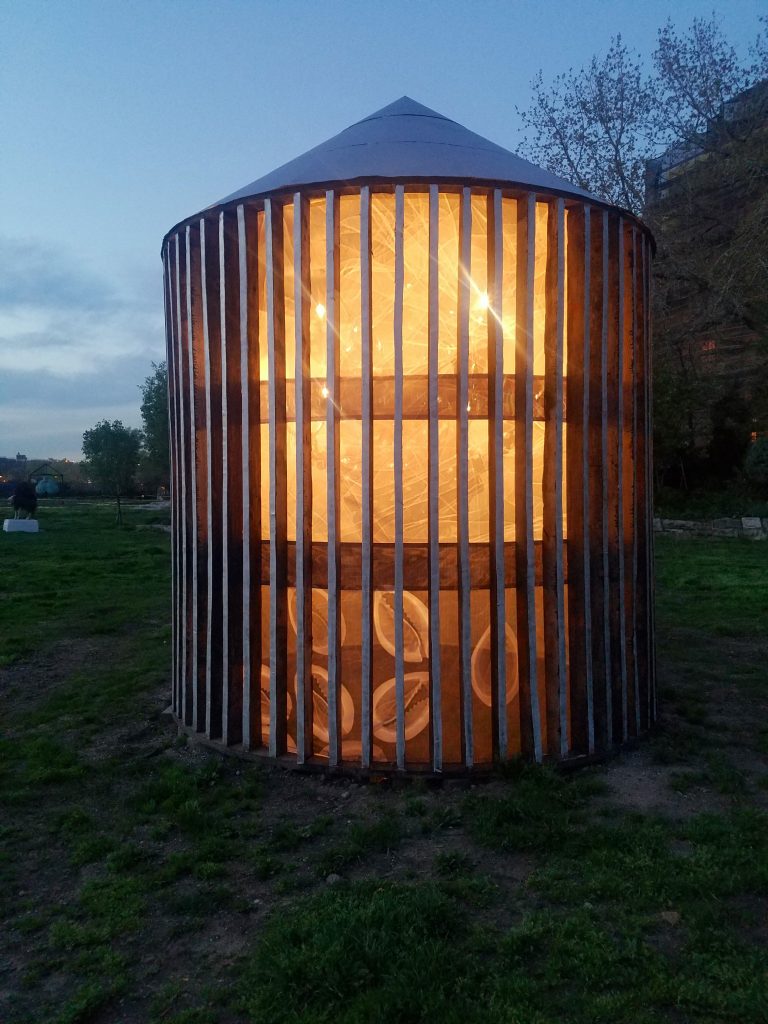 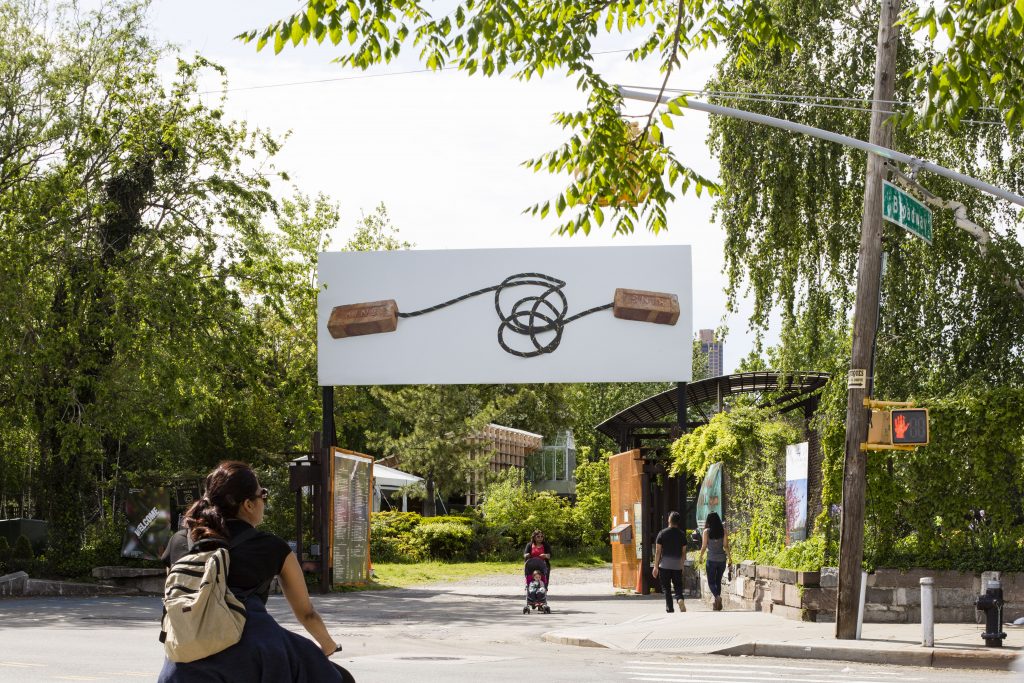 With ‘Nari Ward: G.O.A.T., again,’ Socrates presented New York’s first institutional solo exhibition of work by artist Nari Ward (b. Jamaica; lives in New York). The exhibition featured a series of six outdoor artworks that were created on-site in Socrates’ studio then exhibited in the Park from April 29 through September 4, 2017.

“G.O.A.T.” is an acronym for “Greatest of All Time,” a phrase commonly used in American sports – made famous by Muhammad Ali, as well as in hip-hop – most notably as the title of Queens native LL Cool J’s best-selling album. The appropriation of the word “goat,” turning an insult into a moniker for excellence, demonstrates the power of wordplay, while the modifier again implies historical repetition.

“G.O.A.T.” also alludes to the African-American experience and political theater, which are both common themes in Ward’s work. The figure of the goat featured prominently in ‘Nari Ward: G.O.A.T., again’ as the artist’s articulation of social dynamics, conjuring the animal’s attributes and symbolic connotations, from an ambitious climber of great heights to an outcast.

This exhibition was Socrates’ first Park-wide presentation by single artist in its history. Ward, who transforms discarded or familiar materials into formal innovations that address society’s most urgent questions, underscored the Park’s mission of integrating contemporary art into daily life and as a space for cultural exchange and transformation.

The ‘Nari Ward: G.O.A.T. again’ exhibition catalogue features essays by Jess Wilcox, Socrates’ Curator & Director of Exhibitions, and LeRonn Brooks, Assistant Professor of Africana Studies at Lehman College. Featured writings consider this exhibition in relationship to the American political landscape, investigate Ward’s prolific yet under-examined body of outdoor works, and approach Ward’s practice through the lens of the history of contemporary art and culture production of the African diaspora. An interview with Ward focuses on his relationship to select signature materials – tar, copper, fire hose, tire tread, concrete, and light.

‘Nari Ward: G.O.A.T., again’ is organized by Socrates Sculpture Park and curated by Jess Wilcox, Director of Exhibitions. The exhibition is made possible with generous support from the Lambent Foundation, Henry Luce Foundation, and the Shelley & Donald Rubin Foundation; with additional support provided by Lehmann Maupin, New York and Hong Kong; Galleria Continua, San Gimignano / Beijing / Les Moulins / Habana; Roberta and Steven Denning; and Spacetime, C.C. The accompanying catalogue is supported by Furthermore: a program of the J. M. Kaplan Fund. The exhibition is also supported, in part, by public funds from the NYC Department of Cultural Affairs in partnership with the City Council, and the New York State Council on the Arts with the support of Governor Andrew M. Cuomo and the New York State Legislature.