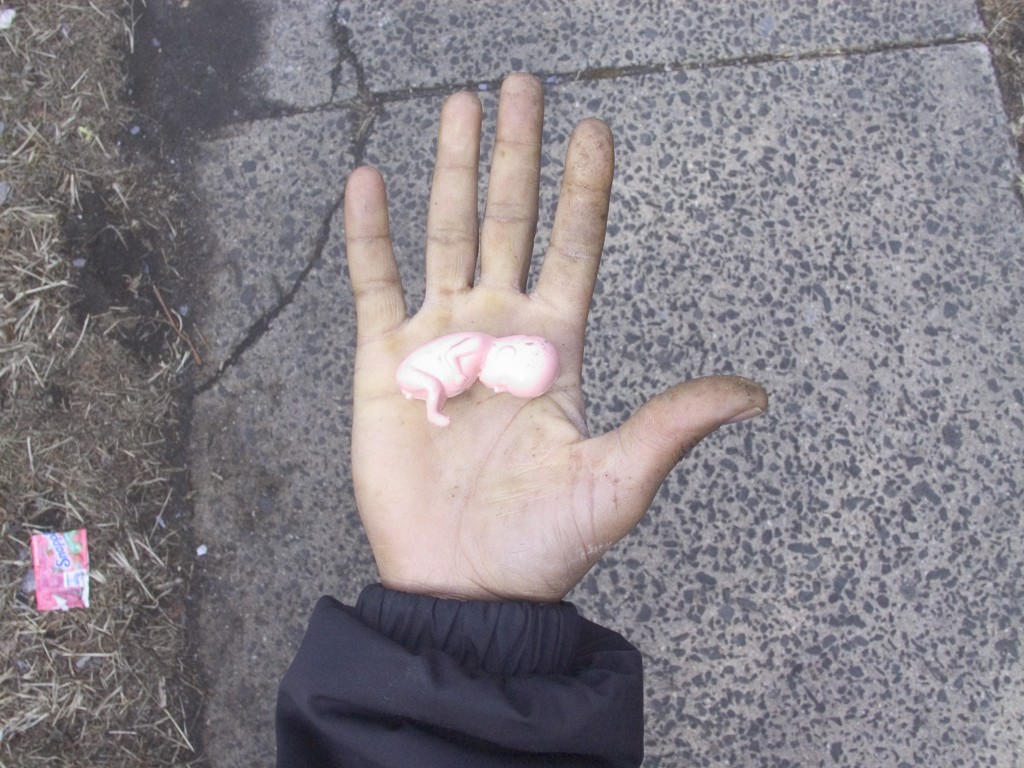 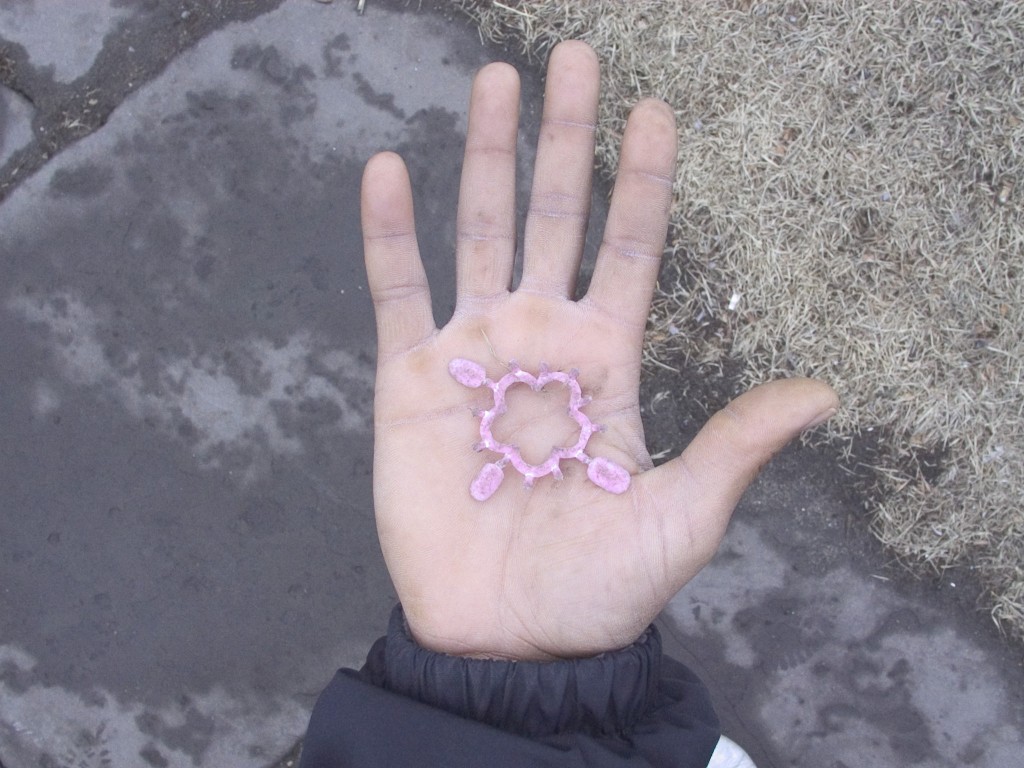 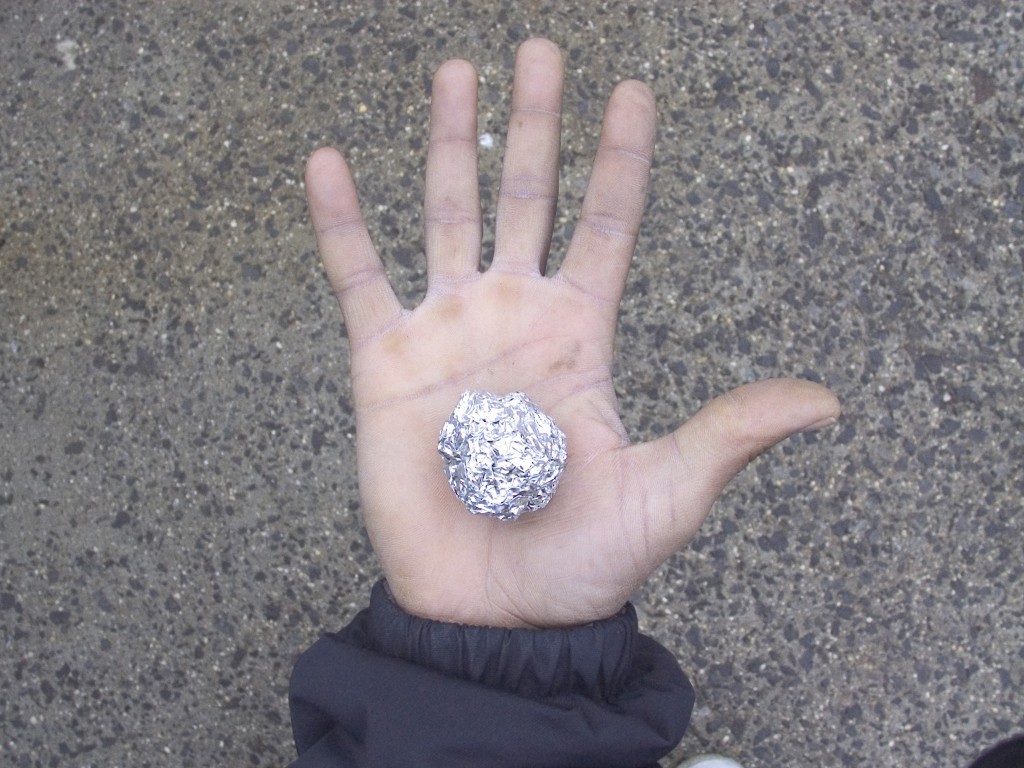 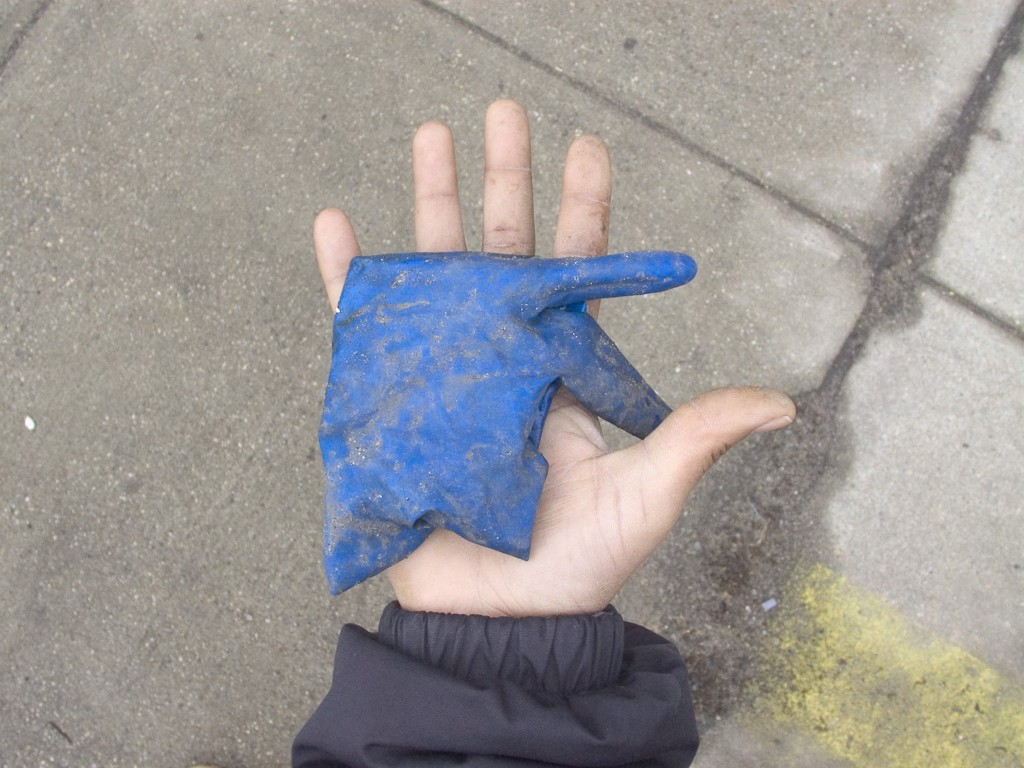 Socrates Sculpture Park is pleased to announce a special project entitled This Container Isn’t Big Enough by Harrell Fletcher. This Container Isn’t Big Enough is a continuation of an ongoing thematic project that began in 2001 in Portland, Oregon and Malmo, Sweden. For his project at Socrates, Fletcher walked through the neighborhood with local resident, Raymond Denson, who selected small objects found on the ground to be displayed in his hand. The artist filmed Raymond’s hand opening again and again, each time revealing an object — a found sculpture. The result is a compelling montage of images that are site-specific and oddly beautiful.

Fletcher’s 15-minute video, entitled Hello There, was screened in the Park daily from 4:00 pm to sunset. The accompanying publication, also entitled This Container Isn’t Big Enough, features images from the video and is part of the artist’s project for the 2004 Whitney Biennial. The publication will be available at the Park and at the Whitney Museum of American Art through May 30, 2004.

In conjunction with this work, Harrell Fletcher’s students at The Cooper Union for the Advancement of Science and Art have organized several projects in various venues throughout the city. One of these projects, entitled Great Comfort Stuff, featuring artist, Daniel C. Smith, and organized by Njena Surae Jarvis, will be on view at The Peter J. DellaMonica Jr. Center for Seniors in Astoria from March 25 through April 25. The opening will take place on Friday, March 26 from 2:00-8:00 pm with live performances at 2:00 pm and 7:00 pm by Brother Danielson and the Nine-Fruits Tree. For details about performance times and dates, visit www.danielson.info.

Harrell Fletcher was born in 1967 in Santa Maria, CA. He received a BFA from the San Francisco Art Institute (1990), and a MFA from the California College of Arts and Crafts (1994). For over ten years, Fletcher has worked collaboratively and individually on interdisciplinary, site-specific projects exploring the dynamics of social spaces and communities. Along with this work, he has developed a series of more personal and idiosyncratic pieces that take various forms — drawings, prints, writings, events, videos, and sculptural objects. Fletcher has created exhibitions at museums, galleries, and alternative spaces throughout the United States and has been commissioned to produce public art projects in California, Washington, Minnesota, and Oregon. Fletcher’s work is included in the permanent collection of the San Francisco Museum of Modern Art, the De Young Museum, the Berkeley Art Museum, and the New Museum in NYC. He has received numerous grants and residencies and has taught at several universities in the U.S and abroad.

This exhibition is made possible by the dedication and support of our volunteers, patrons and friends, and by the generosity of: Lily Auchincloss Foundation, Inc., Carnegie Corporation of New York, The Cowles Charitable Trust, The Fifth Floor Foundation, The Horace W. Goldsmith Foundation, JPMorgan Chase, National Endowment for the Arts, New York State Council on the Arts, The Andy Warhol Foundation for the Visual Arts.

This program is supported, in part, by public funds from the New York City Department of Cultural Affairs.

We are grateful to Stellar Printing for their invaluable contributions to this project.