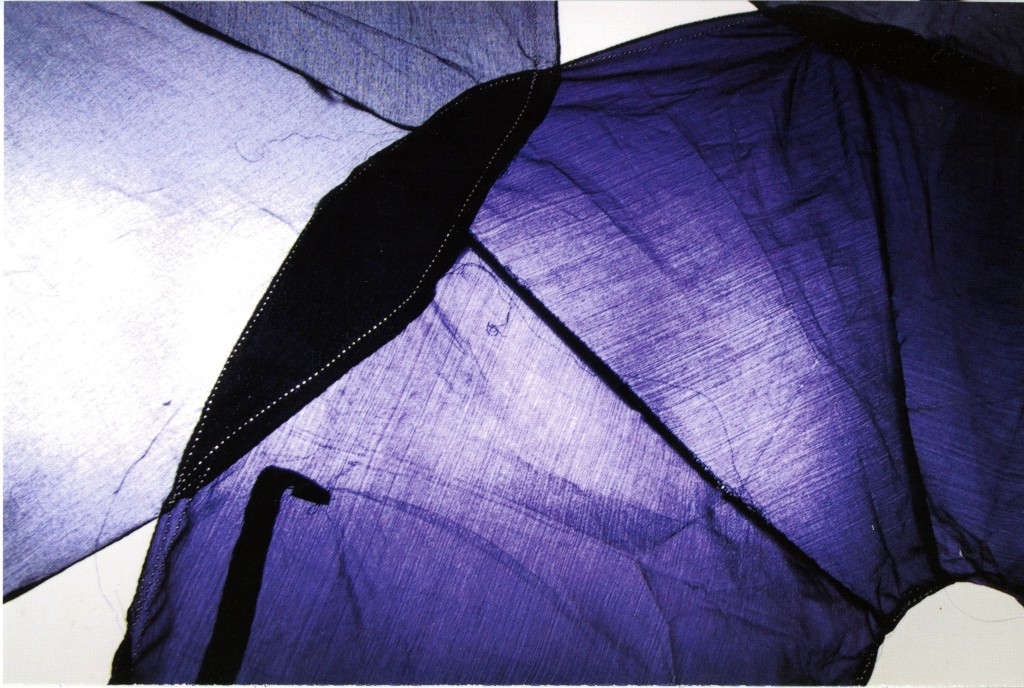 Socrates Sculpture Park is pleased to announce a special project entitled Penumbra by Jean Shin. For this site-specific installation, the artist has collected hundreds of broken black umbrellas that were abandoned on the streets of New York City. The fabric umbrella “skins” have been removed from their structures and sewn together to form an enormous shroud-like cloth. Suspended overhead from the trunks of three large trees, the canopy becomes a sculpture that shifts and undulates in response to the wind and the movement of the trees while shielding and protecting the ground below.

Jean Shin was born in Seoul, South Korea and now lives and works in Brooklyn, New York. Shin has exhibited extensively throughout the United States and abroad. She is the recipient of numerous awards and fellowships including the Louis Comfort Tiffany Foundation Award, and a NYFA Fellowship in Sculpture.