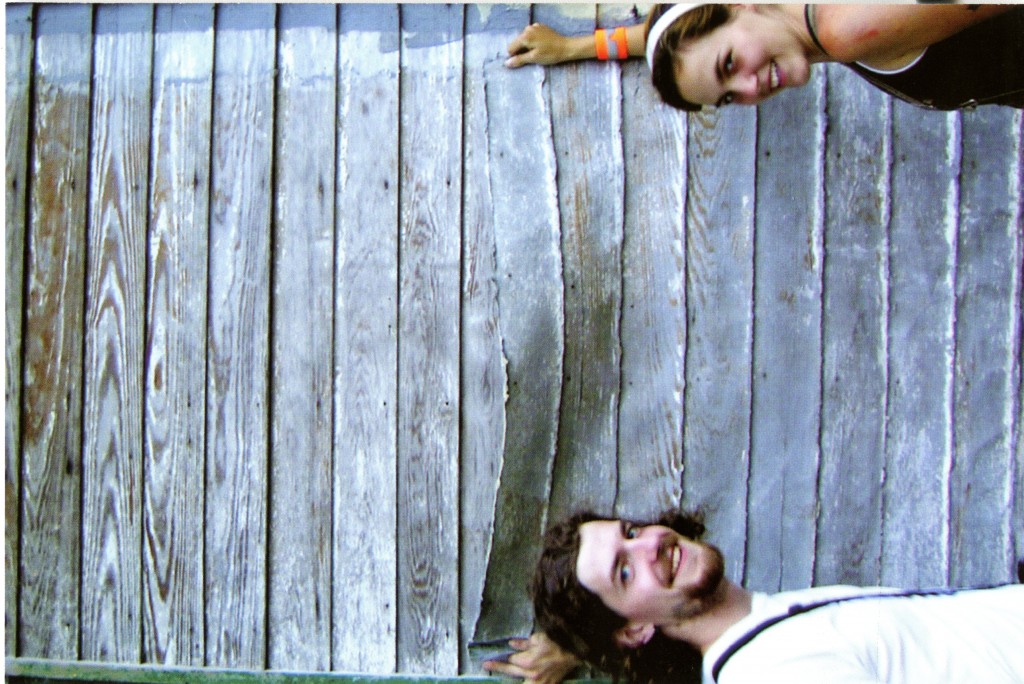 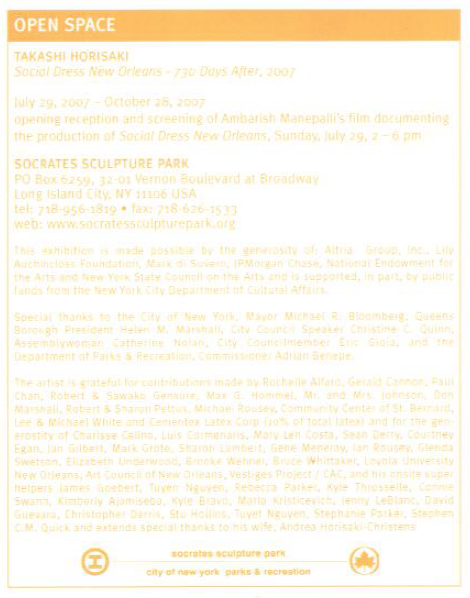 Sculptor and performance artist, Takashi Horisaki, a Japanese native currently based out of Queens, New York, will exhibit his first large-scale outdoor sculpture this summer under the Open Space program at Socrates Sculpture Park in Long Island City, New York. Horisaki will be continuing his Social Dress series, in which he creates fabric-like latex replicas of architectural surfaces, with Social Dress New Orleans – 730 days after by adapting the technique for a New Orleans shotgun-style house. He will re-visit New Orleans, where he lived for three years, to paint liquid latex onto the entire surface of a condemned house, carefully peel the latex off, and transport the latex “skin” to New York City. At Socrates Sculpture Park he will then construct a full-size skeleton of the house to be covered by the latex “skin” surface that was cast in New Orleans.

Takashi Horisaki’s Social Dress New Orleans- 730 days after, came from his deep concern for New Orleans after hurricane Katrina. Horisaki spent his first three years in America living in New Orleans, LA, eventually earning a BFA from Loyola University. His visit to New York in June 2006 made him realize how much those of us living outside of the victimized area fail to grasp the reality of the tragedy suffered by New Orleans residents and the glacially slow recovery process. Conversations with his professor in New Orleans inspired this project, “He told me how difficult it is for him to make his own artwork still, and I wondered if I, a neutral person — not exactly an outsider, but with some perspective on the situation — could express their feelings through my sculpture.”

This exhibition is made possible by the generosity of Atria Group, Inc., Lily Auchincloss Foundation, Mark di Suvero, Modern Art Foundry, JP Morgan Chase, National Endowment for the Arts and New York State Council on the Arts and is supported, in part, by public funds from the New York City Department of Cultural Affairs.