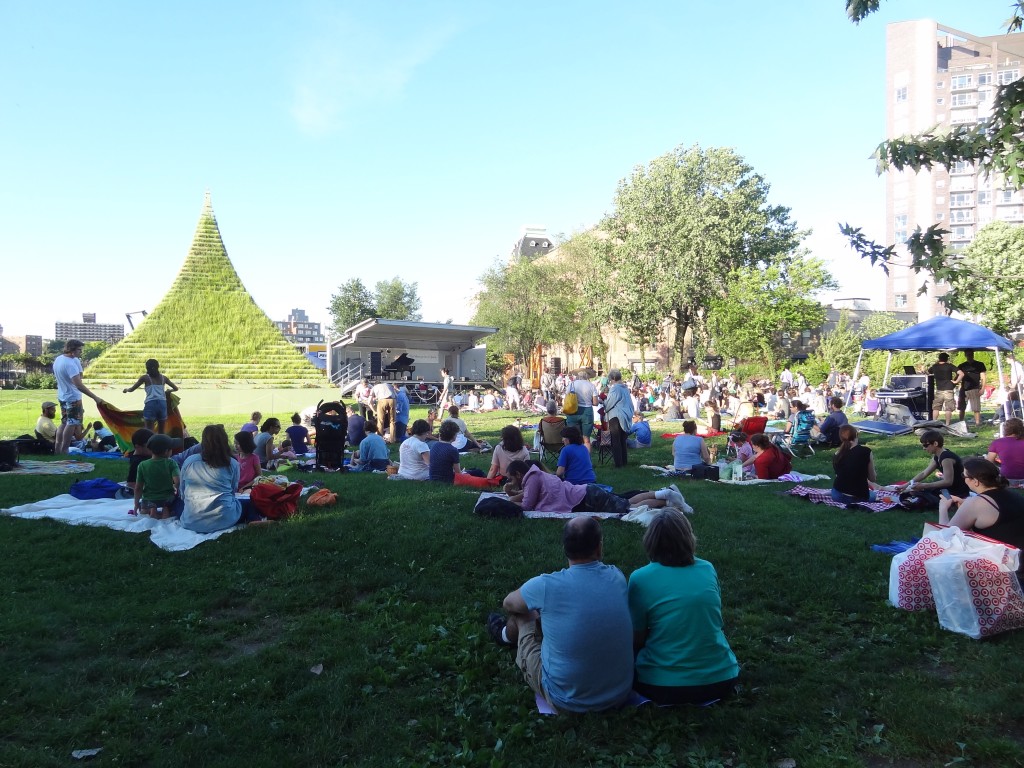 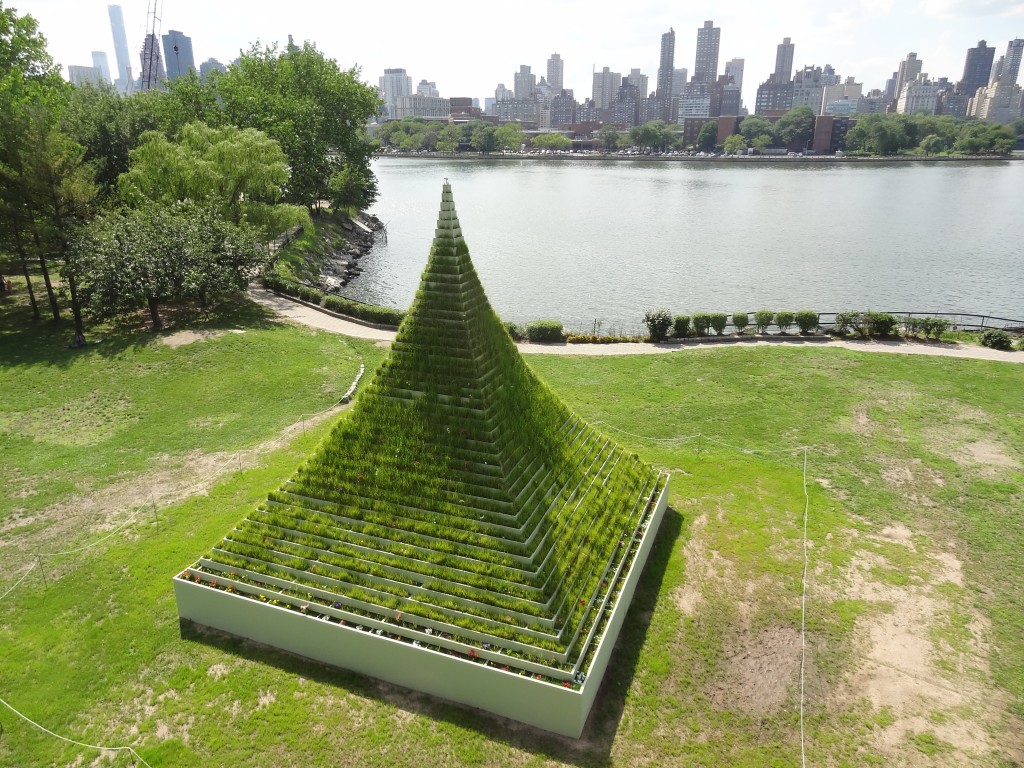 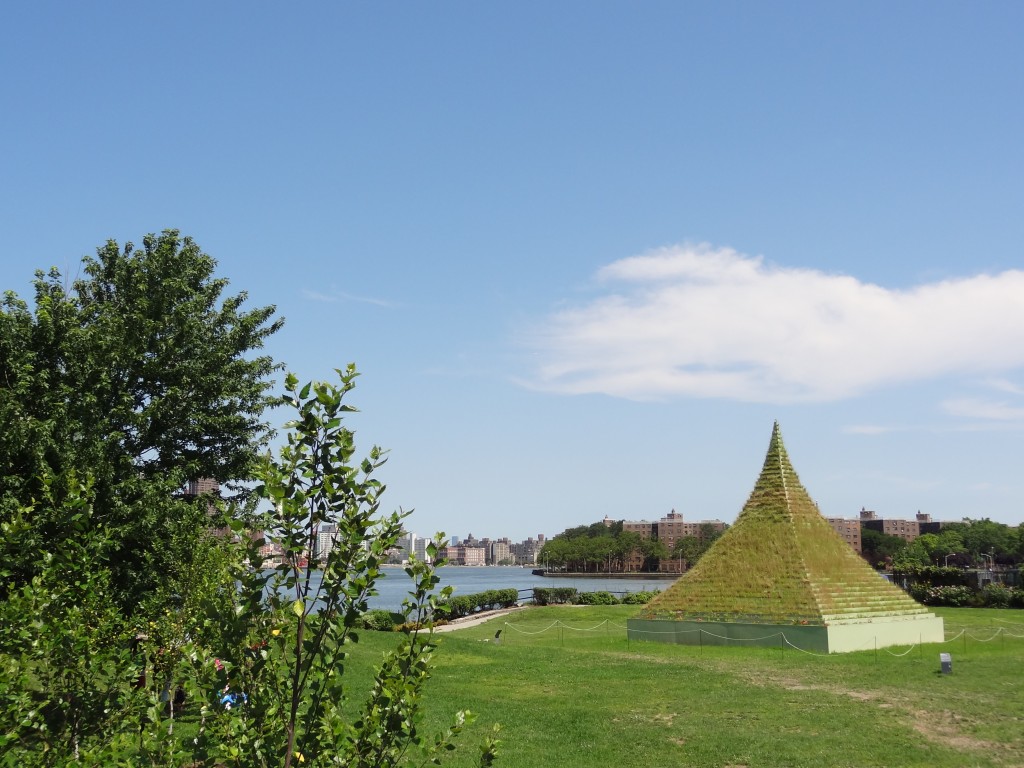 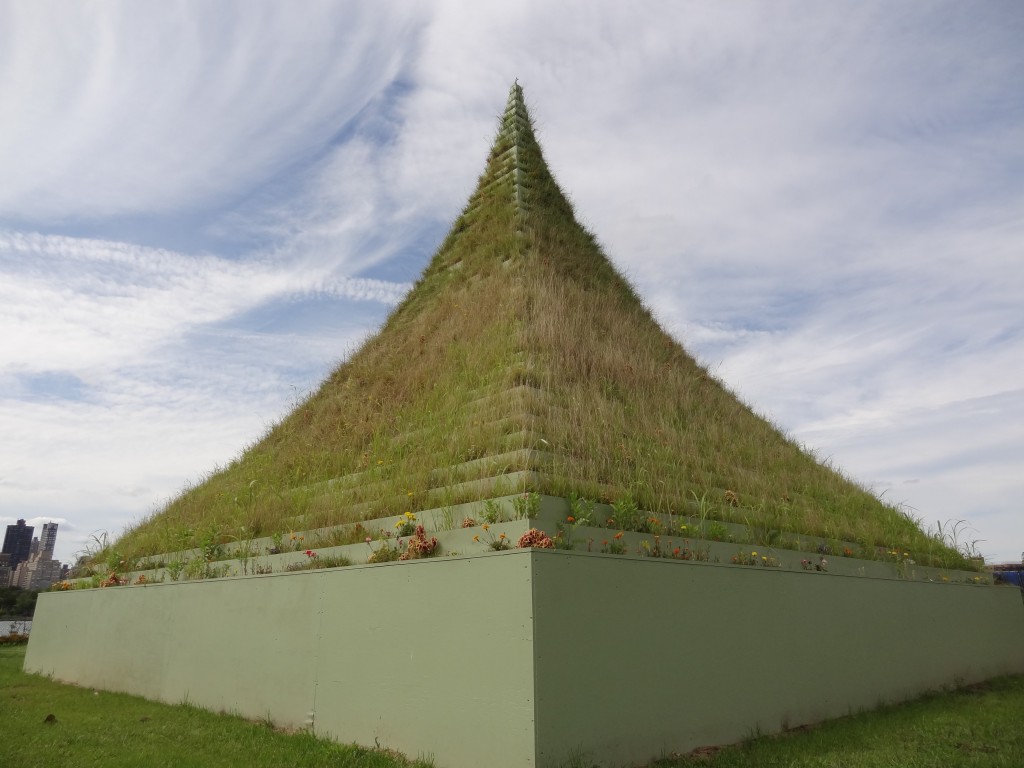 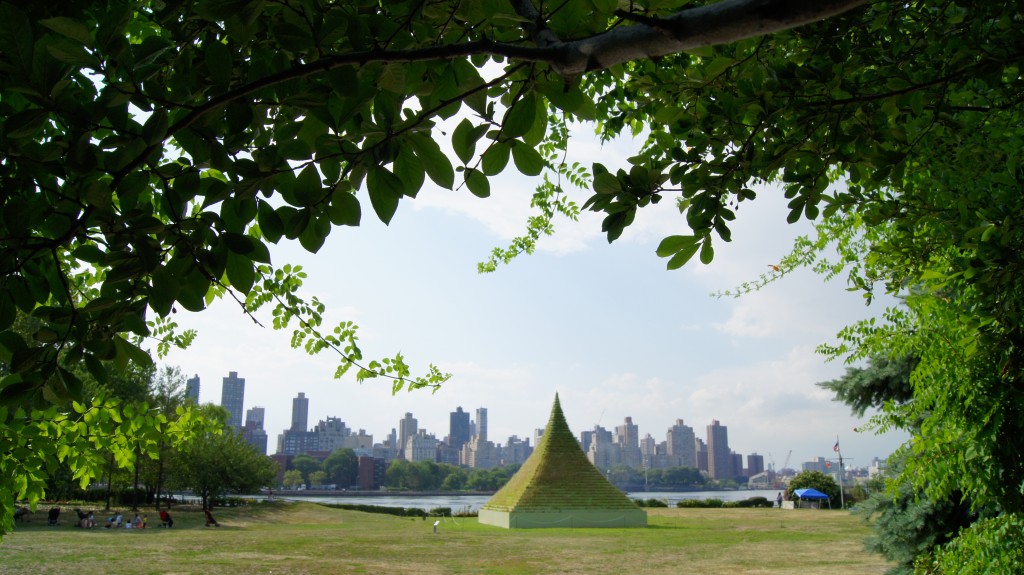 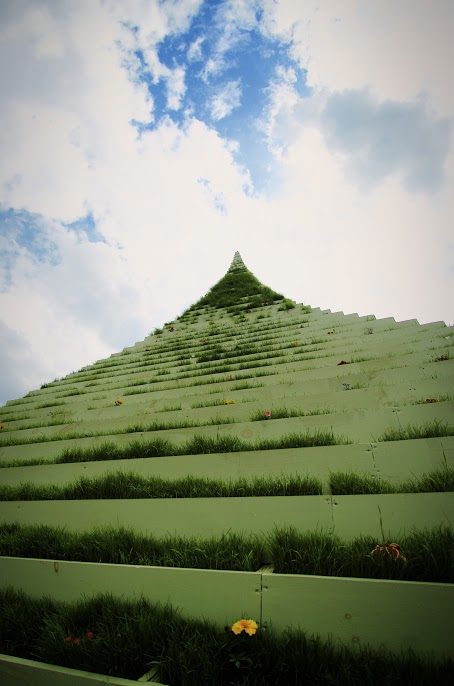 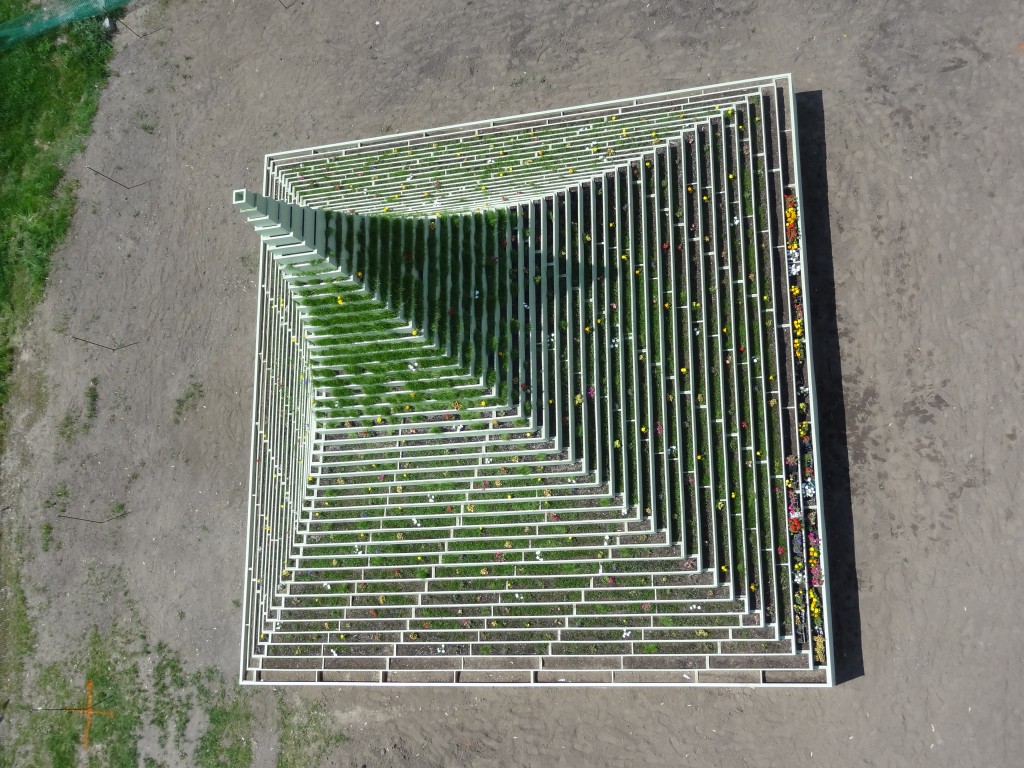 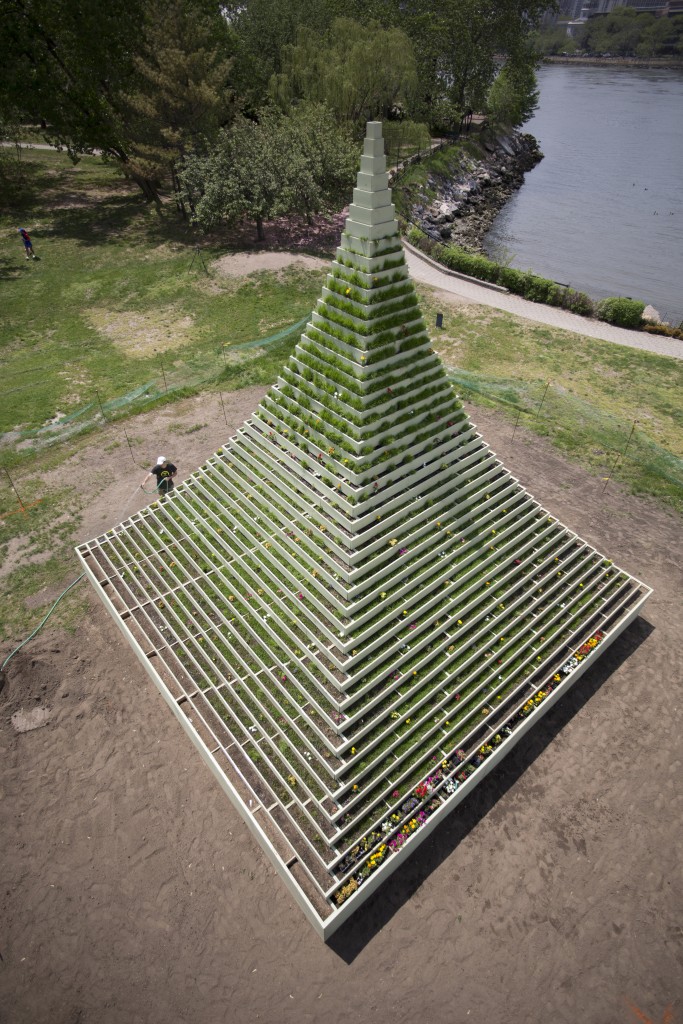 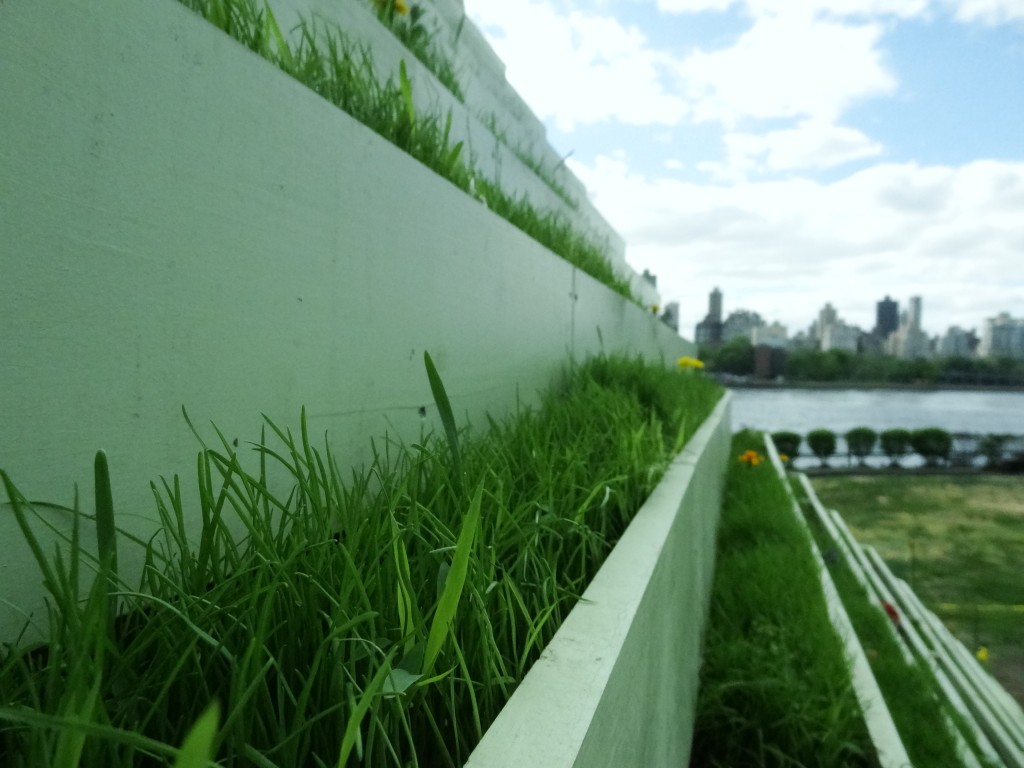 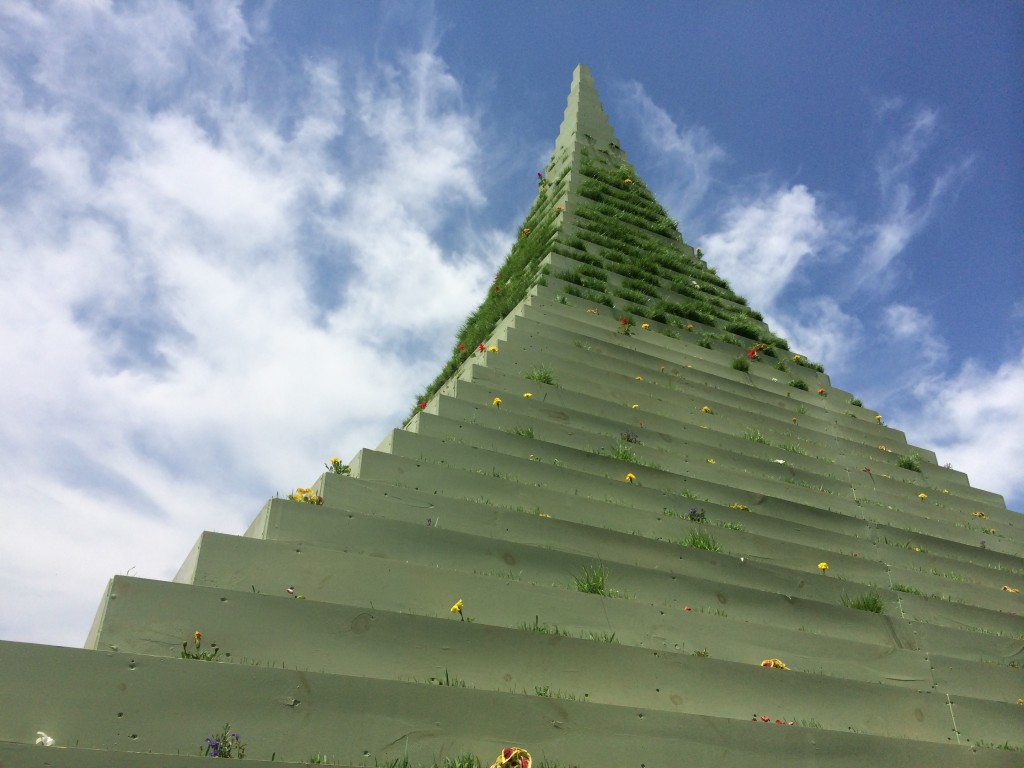 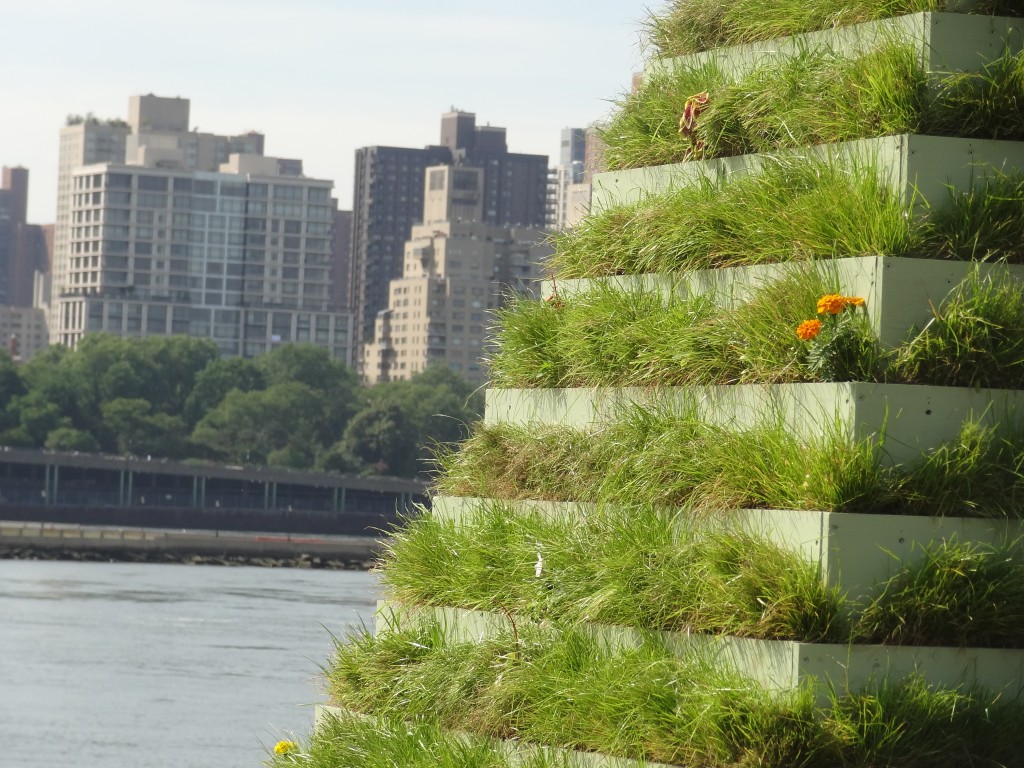 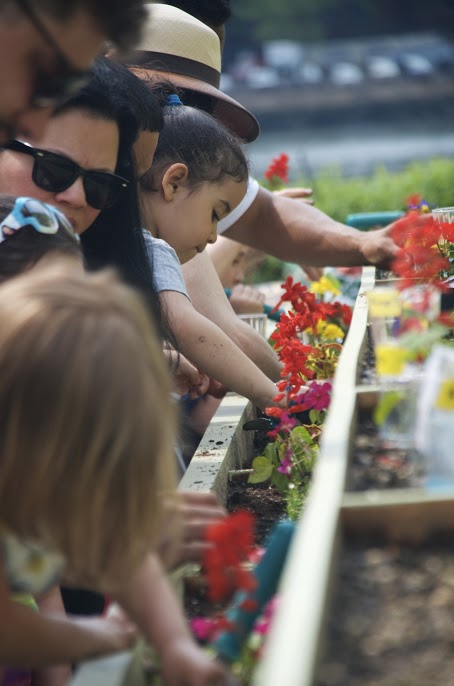 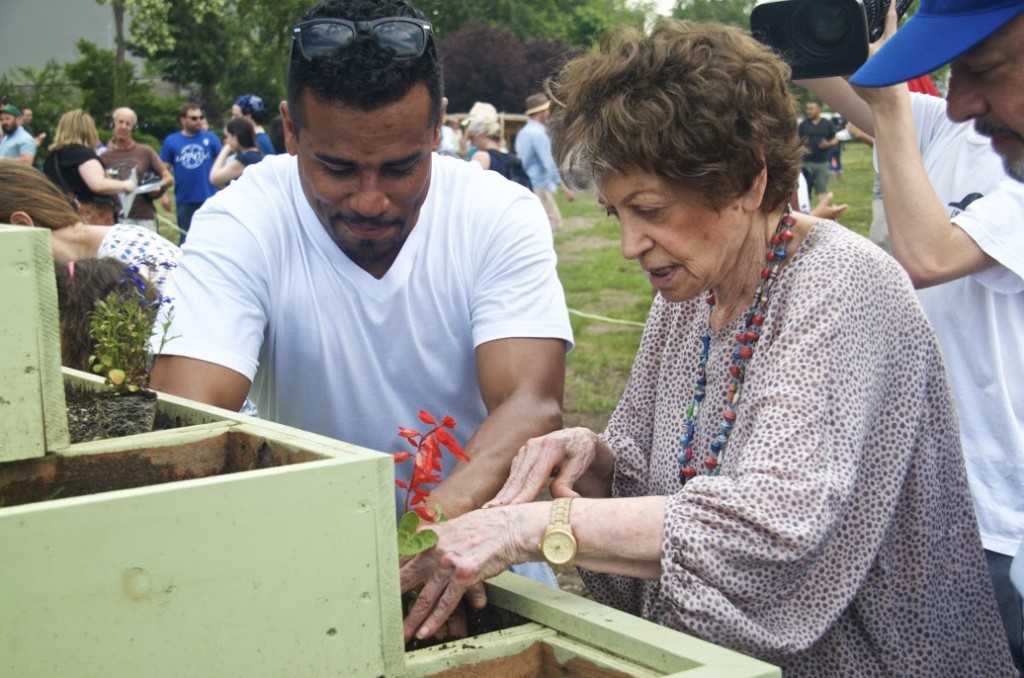 The Living Pyramid at Socrates unites Agnes Denes’s powerful environmental interventions with her ongoing exploration and invention of pyramid structures – a form that has been central to the artist’s practice throughout her long and distinguished career. For nearly five decades Denes has used the pyramid both structurally and conceptually to examine environmental priorities and social hierarchies. In the Realm of the Pyramids: The Visual Philosophy of Agnes Denes, the first solo exhibition exclusively devoted to her imaginative investigations of this iconic form, leading to the publication of the THE PYRAMID BOOK, recently took place at Leslie Tonkonow Artworks + Projects in New York City from March 14 – May 9, 2015.

For the first time this spring, Agnes Denes’s visual pyramid concepts have been manifested as site-specific, participatory public art.

On May 17th, Socrates invited the public to become part of the installation during a participatory volunteer planting, coinciding with the park’s spring opening and New York’s Frieze Art Fair. Since then, the tens of thousands of seeds sprouted into grasses and wildflowers and The Living Pyramid will continue to grow and evolve.

We are incredibly grateful to everyone who brought this pyramid to life, especially the artist, Leslie Tonkonow Artworks + Projects, Plant Specialists, John Michael Ameroso of Cornell University, and Silman structural engineers, with special thanks to our crew.

Agnes Denes (b. 1931 in Budapest, based in New York) is a leading figure in American conceptual art and a pioneer of environmental/ecological art who rose to international attention in the Sixties and Seventies. Over the course of a pioneering, far-ranging career, she has employed a broad spectrum of languages and media to explore science, philosophy, linguistics, psychology, poetry, history, and music, in an artistic practice that weds aesthetics to social engagement. Her works, which are often on a monumental scale, bring together ecological, cultural and social concerns, forging an incredibly powerful dialogue between art, nature, and science. Denes has had over 500 exhibitions in galleries and museums around the world; she is also the author of numerous publications and the recipient of prestigious awards such as four National Endowment for the Arts Fellowships and the Rome Prize from the American Academy in Rome, among others. She was a Fellow at MIT and Carnegie Mellon University and received honorary doctorates from Bucknell University and Ripon College.