Mostly cloudy and 35° in Queens

Mostly cloudy and 35° in Queens The background color of this website changes based on current sky conditions in New York City. 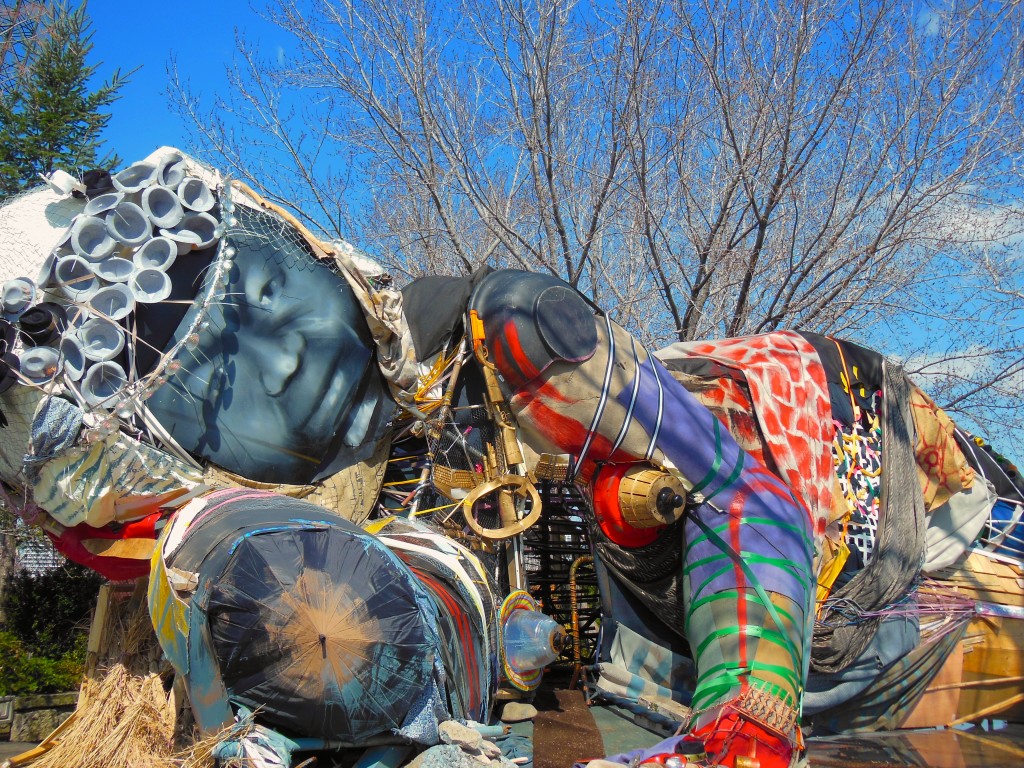 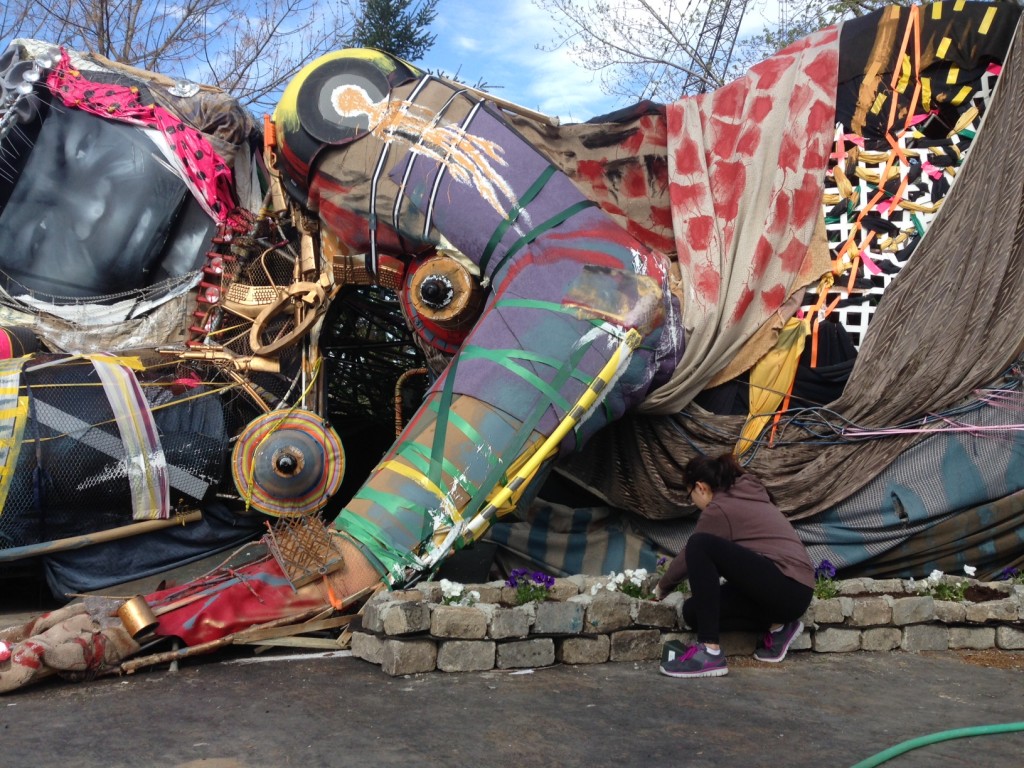 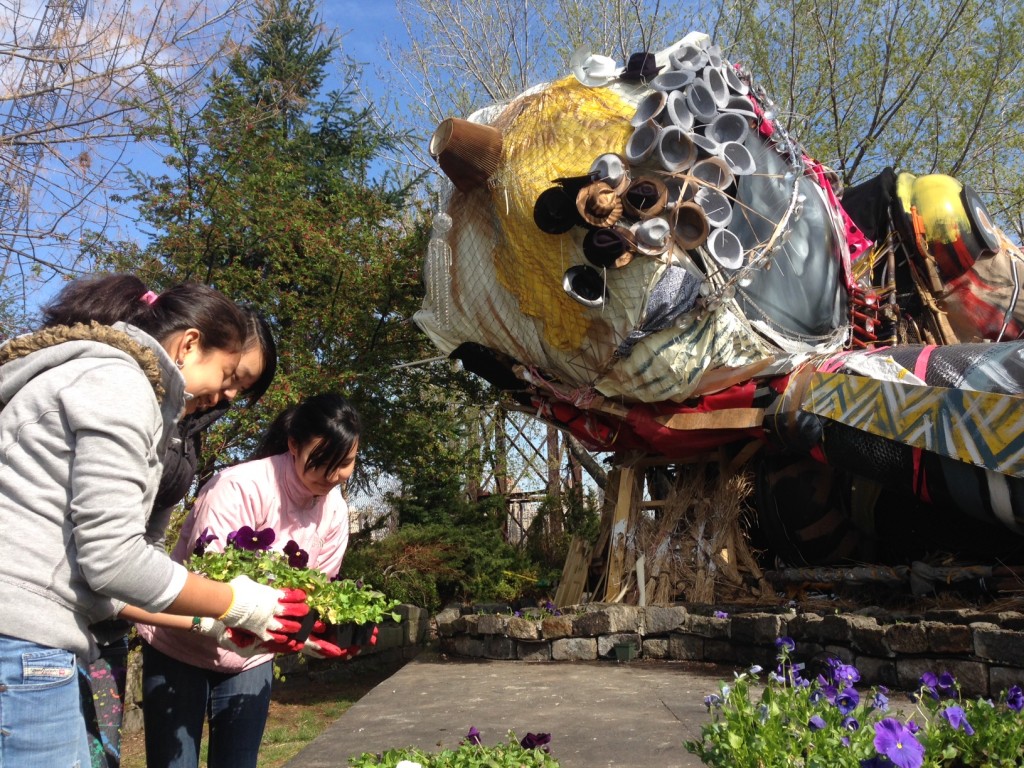 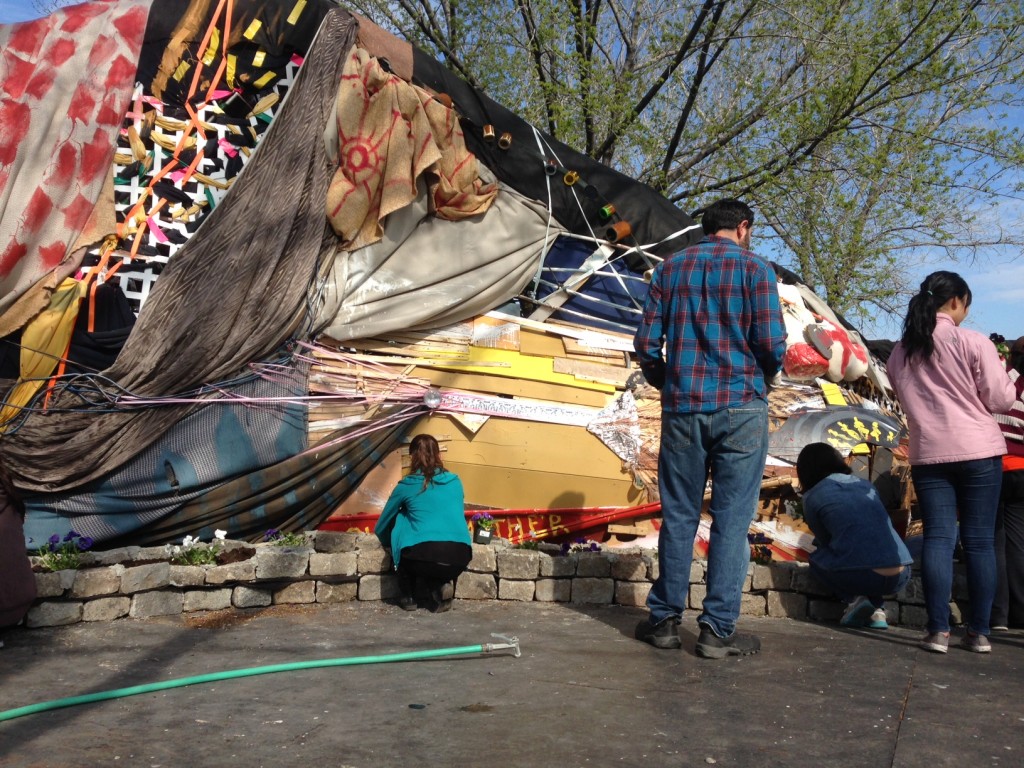 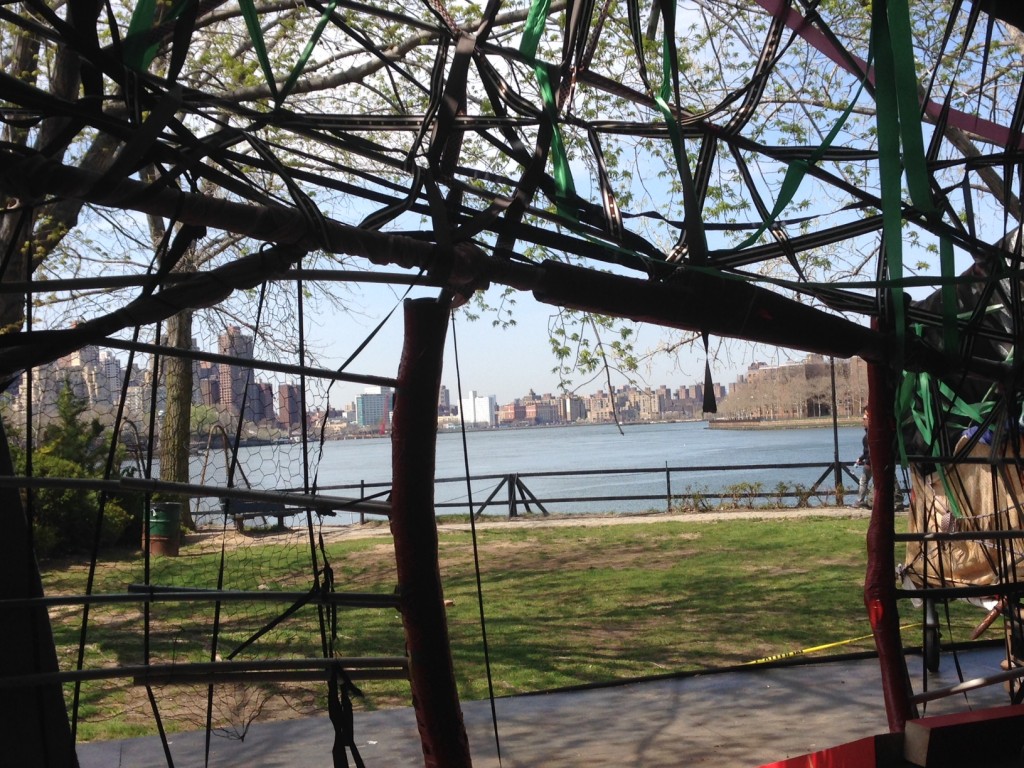 Queen Mother of Reality by Paweł Althamer is a monumental, mixed media sculpture of an elegant figure that is peacefully reclining in the shaded southern section of the park overlooking the East River waterfront. Althamer’s sculpture is dedicated to and inspired by “Queen Mother” Dr. Delois Blakely, a U.S. Ambassador of Goodwill to Africa,who has been the Community Mayor of Harlem since she was sworn in by Mayor Rudolph Giuliani in 1995. Queen Mother of Reality serves as a call to highlight the numerous displaced and homeless of New York City – Dr. Blakely’s paramount cause.

Originally built as a part of Althamer’s Performa Commission in 2013, Queen Mother of Reality at Socrates Sculpture Park acts as a platform for creative dialogue and interactive programming, reflecting the park’s commitment to engaging audiences through public art. This spring the sculpture was reassembled by Althamer and his collaborators – a team of artists and community members, including artists Noah Fischer, Roman Stańczak, Rafal Zwirek, Jim Costanzo (aka the Aaron Burr Society), Brian Fernandes-Halloran, and Eric Gottshall, as well as the artist’s sons Bruno Althamer and Szymon Althamer.

Continuing Althamer’s commitment to social collaboration, which underlines most of his work, Socrates and the artist are programming workshops, events, and talks throughout the summer that invoke Dr. Blakely’s pursuits of social justice and community building. The sculpture is situated in the midst of an active community. The park is surrounded by three of the nation’s largest public housing complexes (Astoria, Ravenswood, and Queensbridge Houses), and the local community has been a park stakeholder since its creation in 1986.

April 25 & 26 – EARTH DAY EVENT
Partnership for Parks and Socrates’ own horticulture team led high school and middle school volunteers as they planted vegetables, herbs, and flowers throughout the Socrates Sculpture Park. The group also designed and planted around Queen Mother of Reality, which remains on view with the sculpture.

Sunday, May 11 // 2-6pm – OPENING MOTHERS DAY EVENT
This Art-making workshop for kids and families was led by the Minor Miracles Foundation and focused on the celebration of Mothers and families. Artworks created in this workshop remain on view inside of Queen Mother of Reality

Sunday, May 11 // all day – NAILS ACROSS AMERICA
Artist Brianne Trammel provided free manicures for local mothers from the Astoria Housing Projects inside of her traveling social salon.

Saturday, May 17th // 11am-2:30pm – UN FORUM ON INDIGENOUS PEOPLES
A tour, lunch and ceremony lead by Queen Mother Delois Blakely with members of the United Nations Forum on Indigenous Peoples.

Wednesday, June 11th // 12pm –  ART-MAKING WORKSHOP
Special art-making workshop for 5th through 8th grade students, that took place in and around Queen Mother of Reality. Inspired by Yoko Ono’s Wish Piece, students were asked to design their wishes and incorporate them into the sculpture, where they remain on view.

Thursday, July 31 // 12-3pm – PL(ART): Recycling Plastic Bottles into Art
This workshop  was organized around the idea of recycling and seeing the beauty and potential in the everyday waste objects. Participants were encouraged to transform discarded plastic water plastic bottles and caps into colorful works of art. The workshop drew attention to the ways in which the everyday intersects with our creative process and how learning to use fewer materials and creating less waste can enrich our lives. All of the objects created during the workshop were added to the Queen Mother of Reality sculpture by Pawel Althamer at Socrates Sculpture Park.

Saturday, August 2 // 11-3pm –  DRAFTSMEN’S CONGRESS
Draftsmen’s Congress at Socrates Sculpture Park was a public gathering where all were invited to join in an open conversation using images instead of words. A Draftsmen’s Congress is the brainchild of visionary Polish artist Pawel Althamer, who introduced this participatory project at the 7th Berlin Biennale, then brought it to the New Museum during his 2014 survey, “The Neighbors.” Throughout the day visitors were worked with the artist to create paintings, collage, and drawings in and around the sculpture.

Queen Mother of Reality programming was developed and grew throughout the exhibition.

Queen Mother of Reality is presented by Socrates Sculpture Park in collaboration with Performa, and in partnership with the Polish Cultural Institute New York.

Queen Mother of Reality is a Performa Commission and was originally presented as part of the Polish Pavilion Without Walls for Performa 13.  The commission was generously supported by the Andy Warhol Foundation for the Visual Arts, National Endowment for the Arts and Toby Devan Lewis, with additional support from Foksal Gallery Foundation (Warsaw), neugerriemschneider (Berlin), Fundacja Sztuka i Współczesność, CCA Ujazdowski Castle, and Polish Ministry of Cultural and National Heritage, Tilton Gallery.