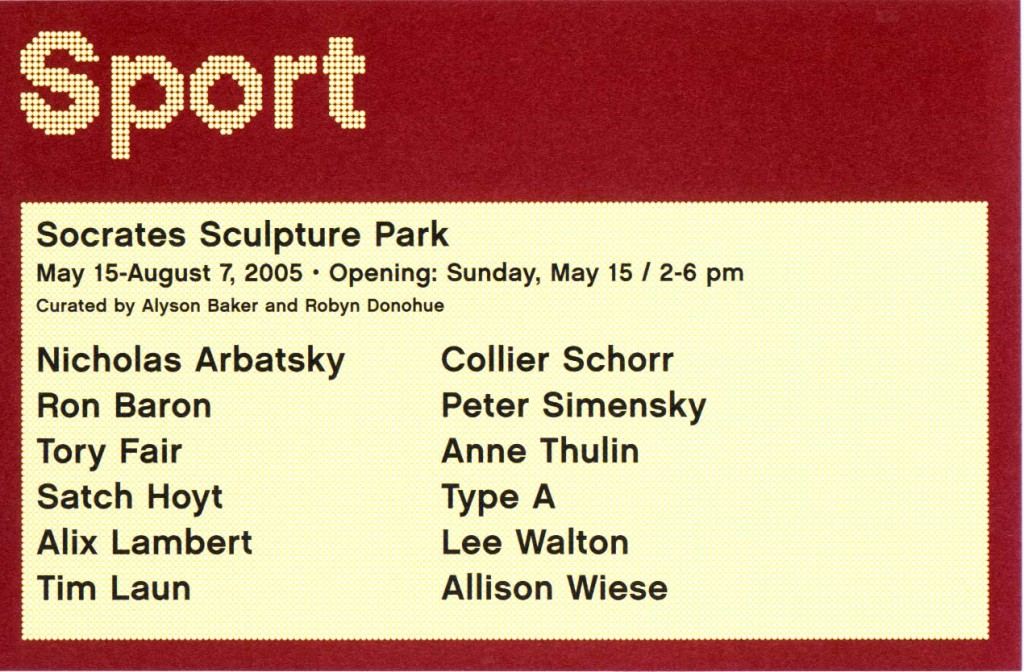 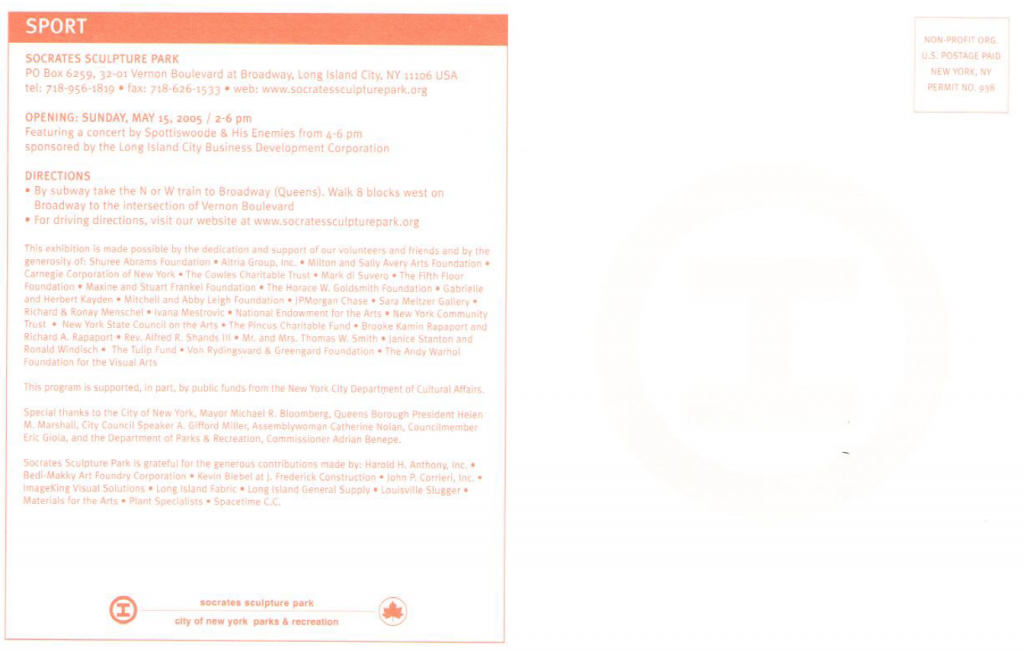 Curated by Alyson Baker and Robyn Donohue, this exhibition is centered on the themes of athleticism, competition and game, and includes works that use sports as both medium and metaphor, employing the equipment, performance and spectatorship of competitive games as a language for addressing a broad range of issues.

Although some pieces in the show are based on contemporary, high-performance sports such as Nicholas Arbatsky’s snow boarding installation, works by Collier Schorr, Anne Thulin, Type A and Ron Baron take a more nostalgic tone, re-examining the sports hero with a sense of loss or with a historical perspective. Also evoking the lost legend, Alix Lambert presents a pair of bronze gloves in a concrete and steel boxing ring.

Sculptures by Tory Fair and Peter Simensky examine the demarcations of the playing field and the grandstand as stages for the performance of orchestrated interactions between players and spectators.

In Tim Laun’s installation, the action on the field is isolated into a single, suspended moment focusing on the motionless position of preparation below the tall arc of an airborn football. Lee Walton also addresses the physicality of sports — performing the very demanding task of carrying 35 pound weights from a sporting goods store in Manhattan to his installation at Socrates.

Both Satch Hoyt and Allison Wiese use sound in their installations- presenting a visual reference point while using an aural experience to evoke the heightened emotion and rush of adrenaline that are shared by the cheering crowd and the competing teams.

The opening reception will feature a performance by Spottiswoode & His Enemies, a New York City-based rock band fronted by a prolific English songwriter. Their music has been compared to Tom Waits, Leonard Cohen, Nick Cave and David Bowie. The New York Post calls them “Captivating…A magical experience!” This concert is generously sponsored by the Long Island City Business Development Corporation.