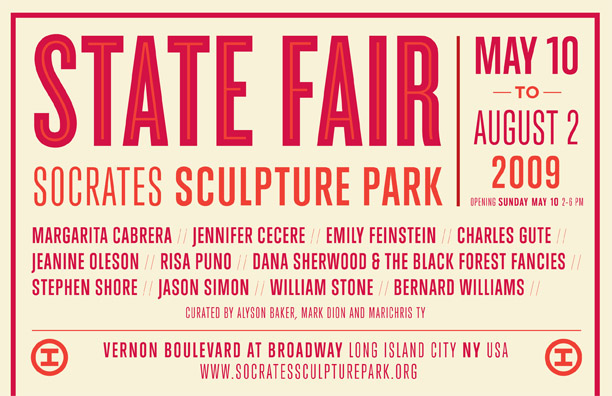 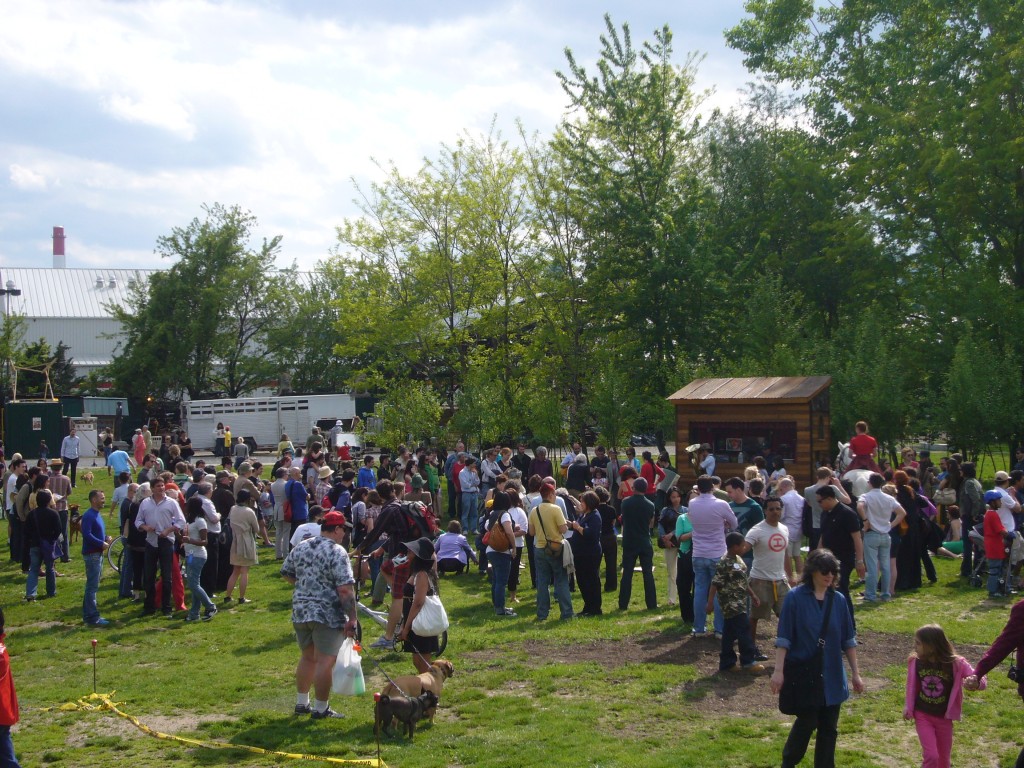 Curated by Alyson Baker, Mark Dion and Marichris Ty, State Fair is a group exhibition themed around American rural life, and uses the platform of the state fair as a means to examine topics such as animal husbandry, specialized horticulture, small scale farming, culinary arts, and the pageantry within these fields that occurs at fairgrounds across the country. The show will also incorporate work that references traditional craft, and the myriad of amusements, rides, competitions and entertainment that are presented as part of state fairs.

The works of both Risa Puno and Dana Sherwood & The Black Forrest Fancies feature interactive performance components that will operate on specific event dates throughout the exhibition, beginning with the opening reception on Sunday, May 10, 2009, 2-6pm. Risa Puno will present a second installment of The Big Apple Showdown Spectacular during the Park’s annual Summer Solstice Celebration, on Sunday, June 21, 5pm-sunset. Also on June 21, artist Jeanine Oleson has invited a group of girls from a local 4-H club to present and talk about their horses, examining the undying connection between girls and horses that inspired her installation at the Park.