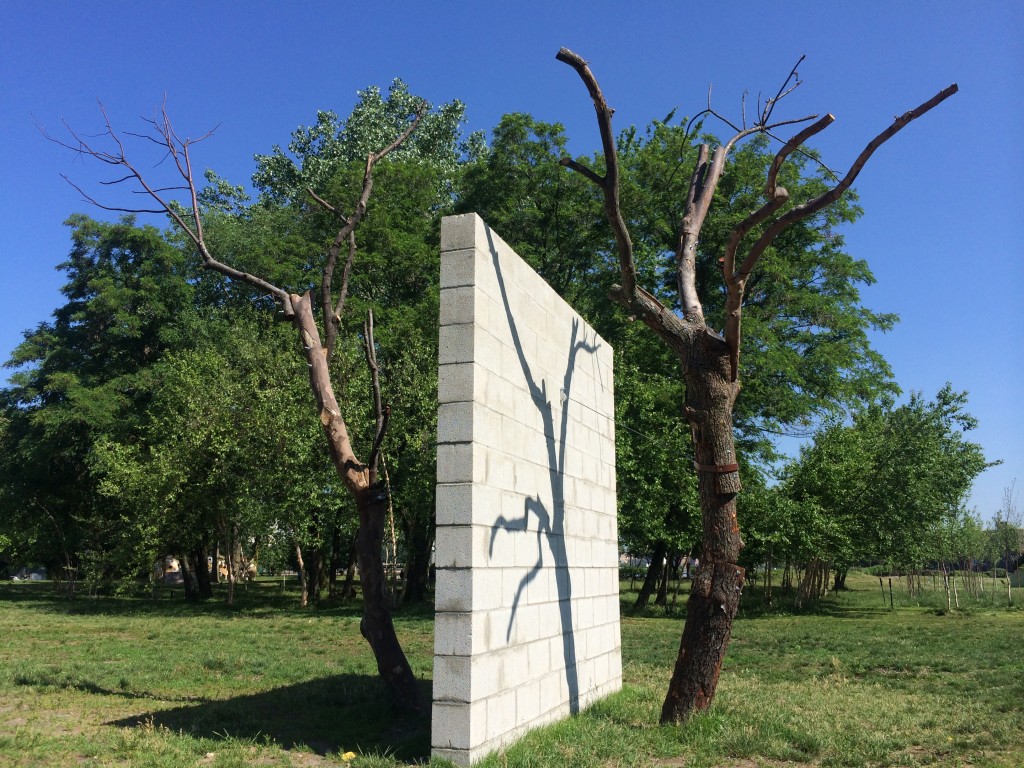 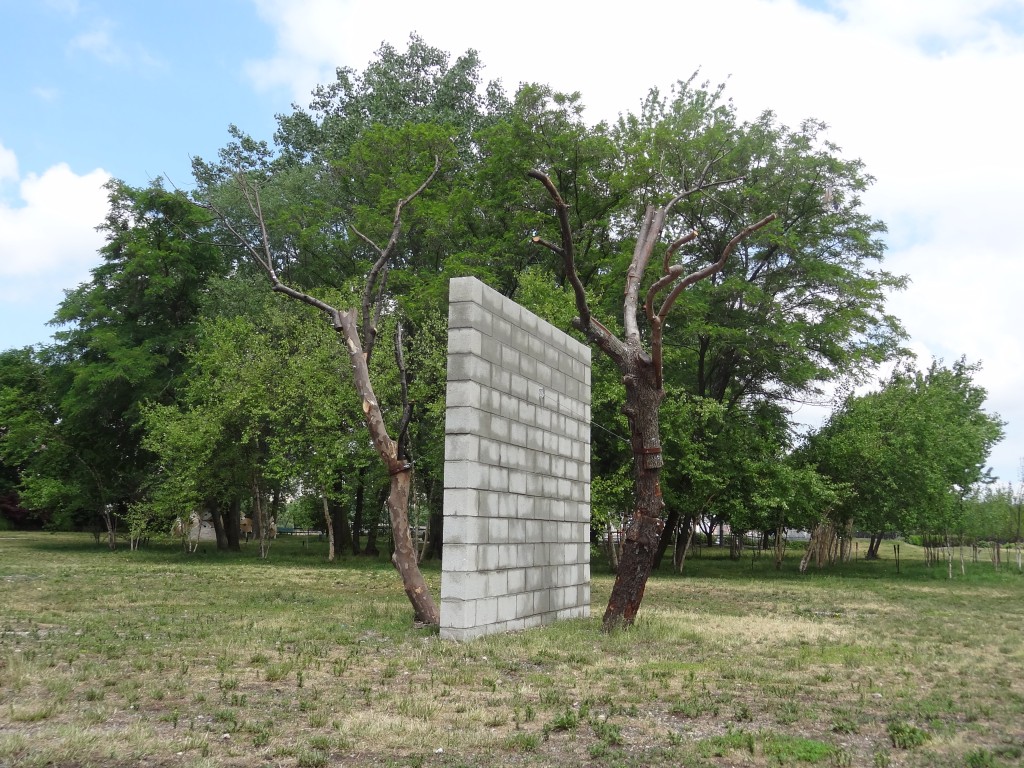 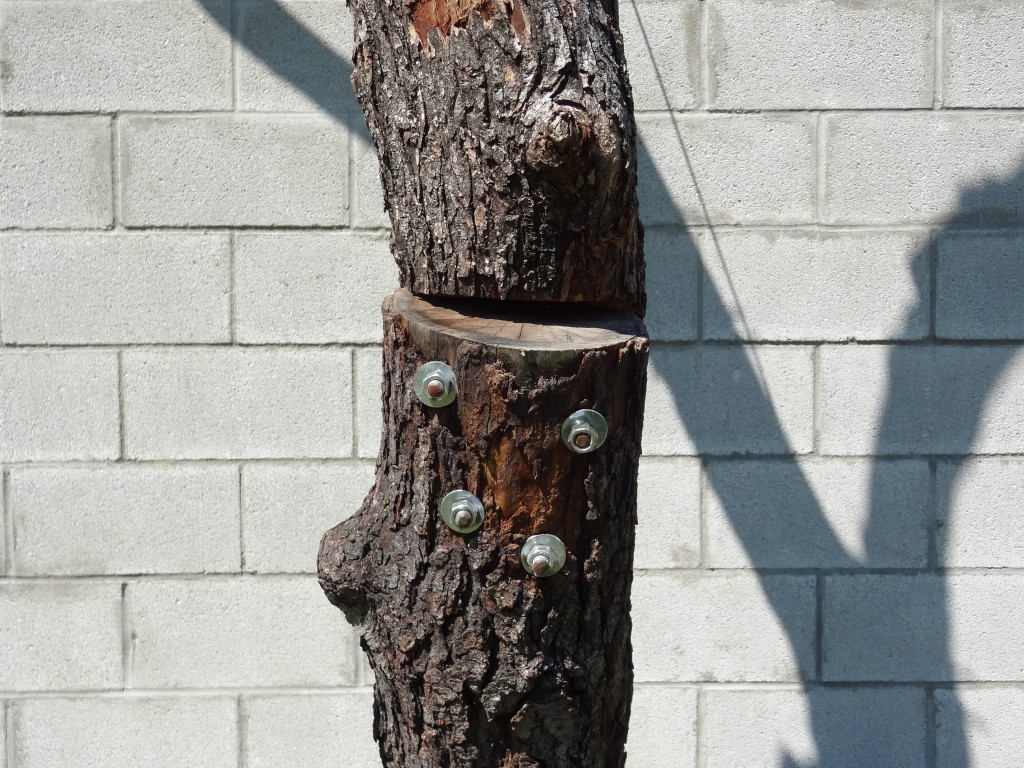 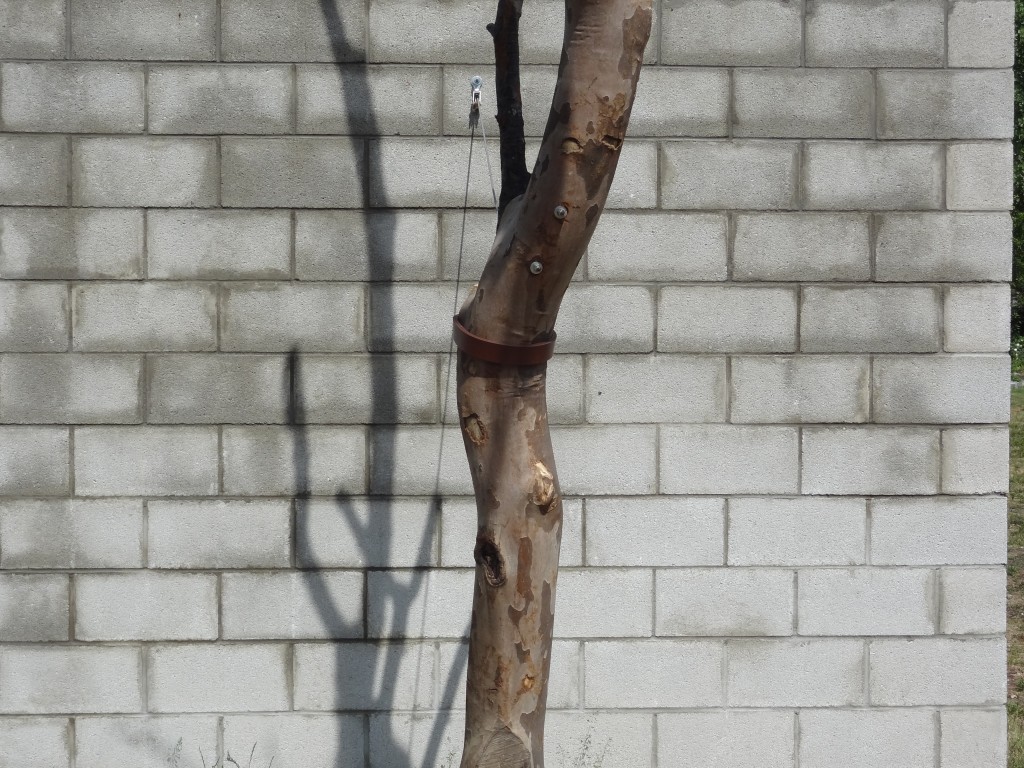 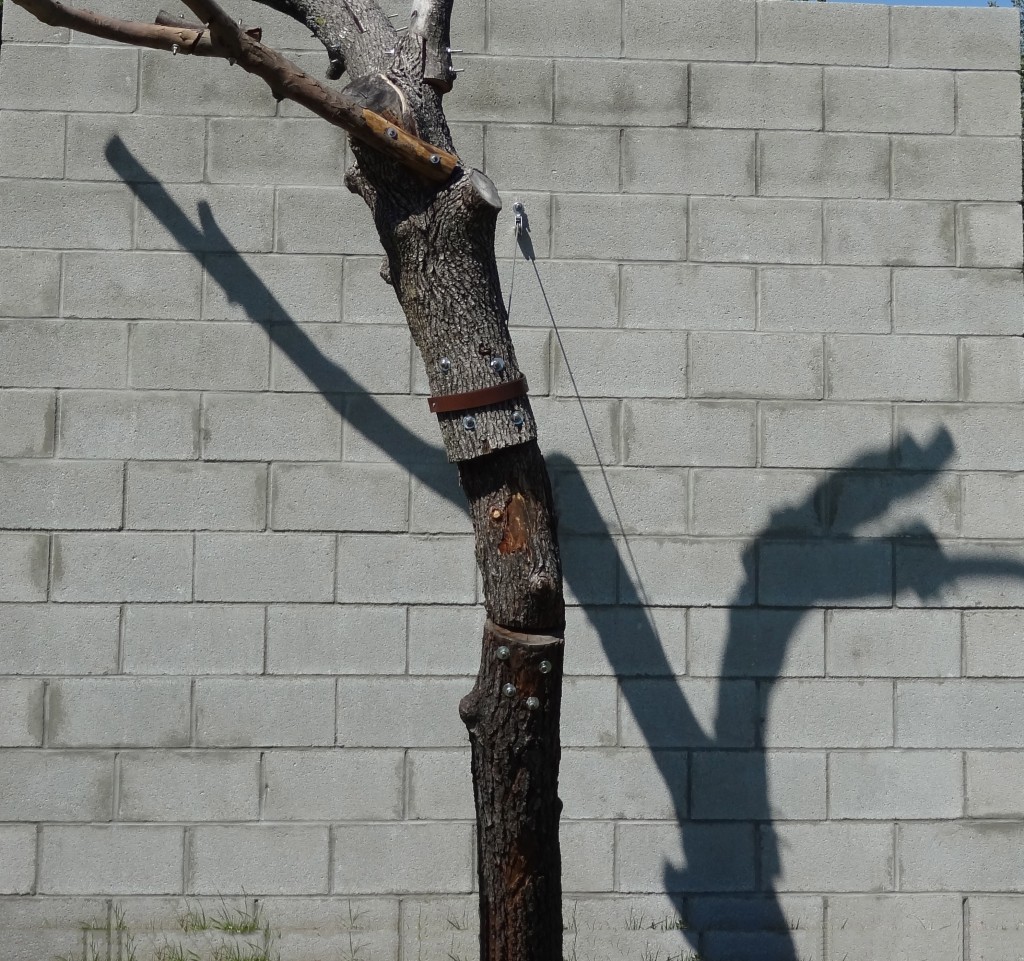 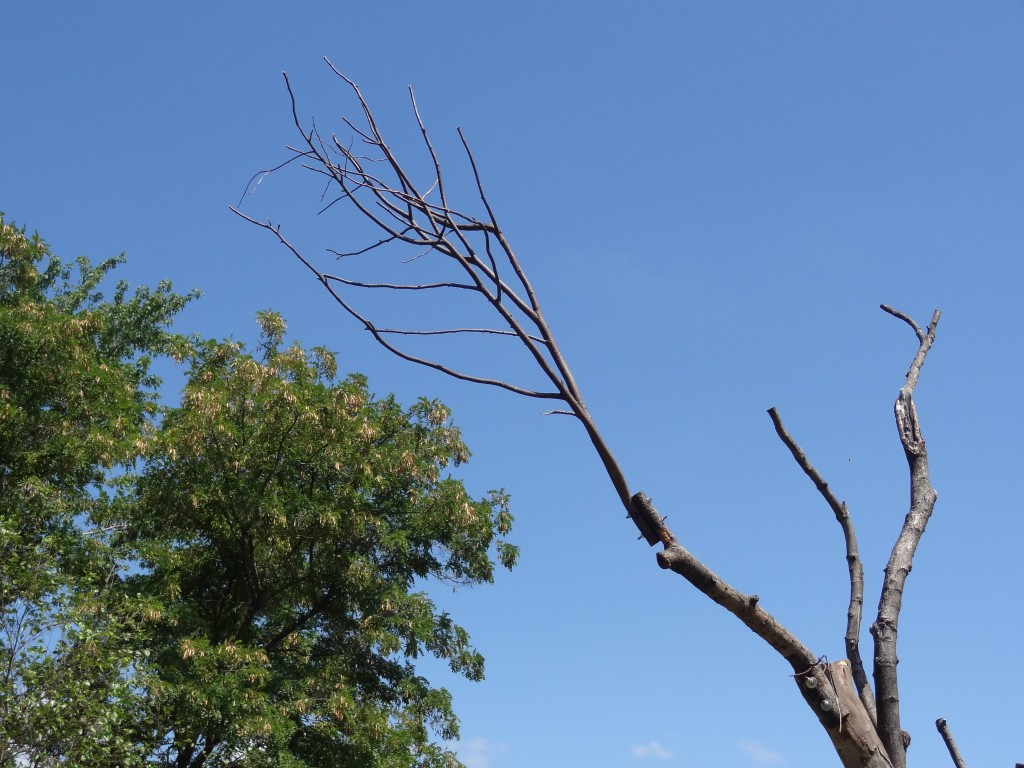 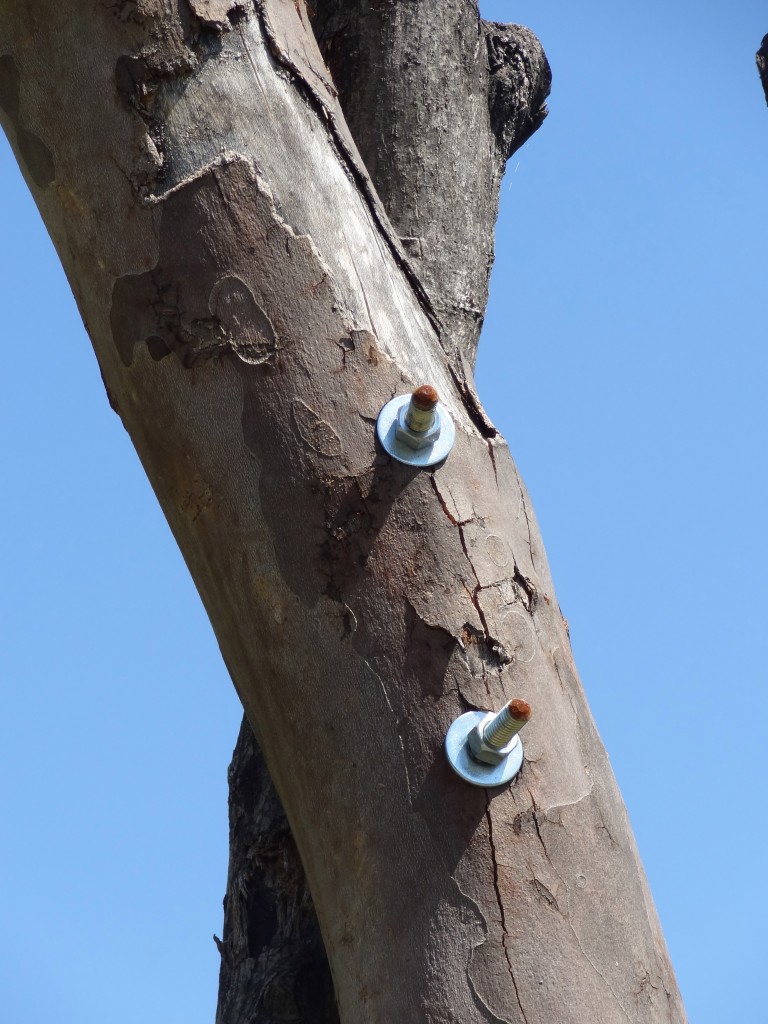 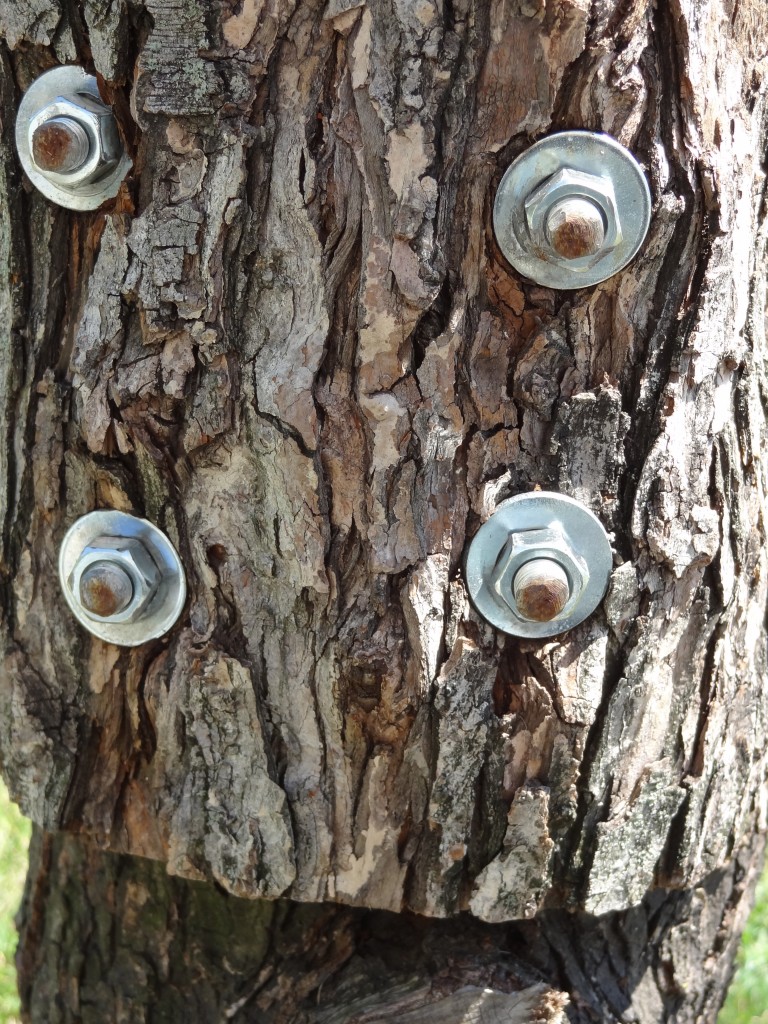 Gabriela Albergaria’s work involves one territory: Nature. Through drawing, photography, and sculpture the artist seeks to examine and deconstruct the cultural and social beliefs surrounding images of the natural. Albergaria builds on these concepts with Two Trees in Balance at Socrates Sculpture Park, where she has erected a 10-foot concrete wall adorned with two suspended trees. For the artist, Two Trees in Balance is “the moment where human and natural terrains intersect.”
As part of her installation, Albergaria has meticulously reconstructed dozens of branches and tree stumps salvaged from across New York City into two new trees, which she suspends diagonally off of the ground from a steel cable. Each tree hovers between the wall and the earth, poised in a precarious state by their own equal weight. Visually the piece implies suspended movement – simultaneous growth and decay – and the effort required to maintain that balance. With Two Trees in Balance, the artist manipulates preconceived expectations of what the natural should look like, as well as the fictional beliefs that we use to conjure the natural world.

Two Trees in Balance opened at Socrates Sculpture Park in
Long Island City, Queens, on Sunday, May 17th from 3:00-6:00PM.

Albergaria is currently participating in a residency at Residency Unlimited in New York.