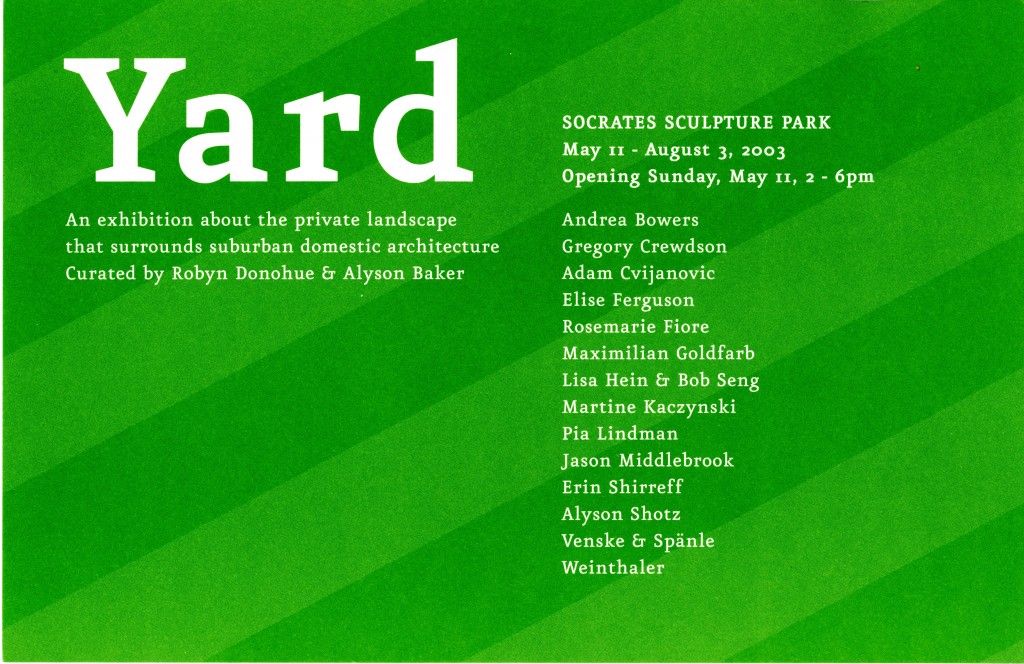 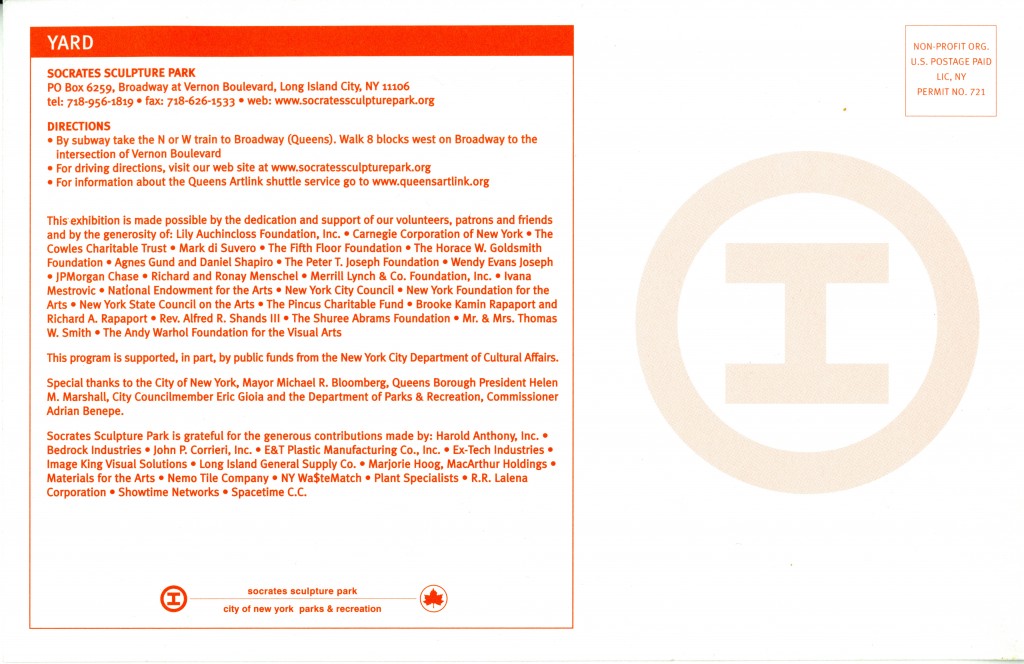 The suburban yard is an outdoor enclosure framed by fences, walls and hedges that define a personal, yet publicly visible, space. In these areas between dwellings, individuals and families express themselves by manipulating and decorating small portions of the landscape. The yard is a meeting point of the natural and artificial — an open air home where earth, plant life and animals are alternately suppressed, cultivated and domesticated. It is a privatized parcel of land that is constructed according the inhabitants’ needs and called upon to serve a variety of roles: an outdoor living room, workspace and playground.

This exhibition will bring an urban perspective to what is, typically, a suburban space. The works commissioned for this exhibition are interpretations of the plant, animal, and human life of the lawn — and the accessories that populate it — that are mediated through memory and past experience, through media and the marketing of an American ideal, and through desire and dread.

Presented in the context of Socrates Sculpture Park, these installations transpose a suburban vernacular into a metropolitan, industrial environment. Socrates is a remarkable platform for this exhibition — a former rubble-strewn lot that has made the transition to a natural oasis — it is an entirely built landscape, formed where there was once no land at all. The exhibition recasts the Park as a suburban backyard for an entire urban neighborhood; a displaced American dream of privatized nature.