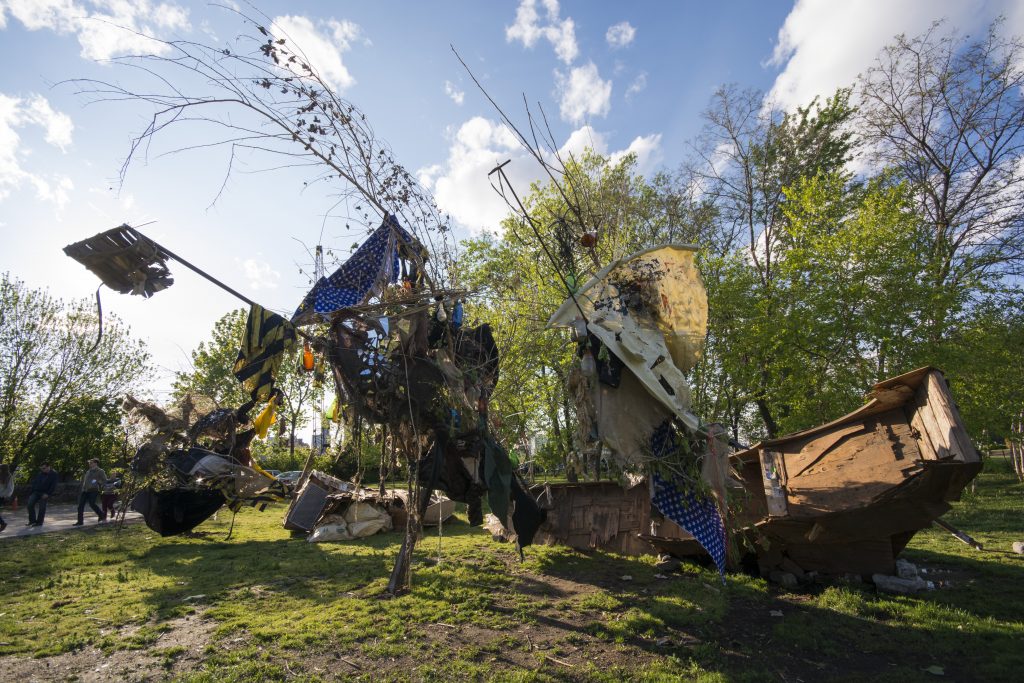 HawtPlates will perform “House or Home”, a series of vocal meditations on ownership and the American dream, inspired by Toni Morrison’s novel “Home” and the experimental writing of French author Georges Perec. The sound and music will speak with voices from a myriad of lifetimes in an urban dwelling – a fragmented libretto of shifting murmurs, calls, shouts, whispers, sermons and songs.  The subtle under-breath utterances of a community in “flux” will become a census built of inherited language, the layered vocabularies of gentrification, and conversations on progress.  The songs tally the perspectives and serve to perform a mixing up of the results. The performance will be staged around Abigail DeVille’s Half Moon, a work that mines the colonial history of land marking, mapping, and amassing.

The HawtPlates
(Justin Hicks, Jade Hicks, and Kenita Miller-Hicks)
More performance trio than band, The HawtPlates make conceptual live vocal works through breaking down and abstracting musical forms including blues, rock, hip hop, r&b, folk, mantra, gospel, and various vocal traditions from around the world. In hearing their work, there is a sense that the music is specific to them as a family, only to be made by them. By amassing a pantry of sights, ideals, persons, and places, they produce potent tonics and “one pots” hearkening the spirit of the family heirloom recipe.