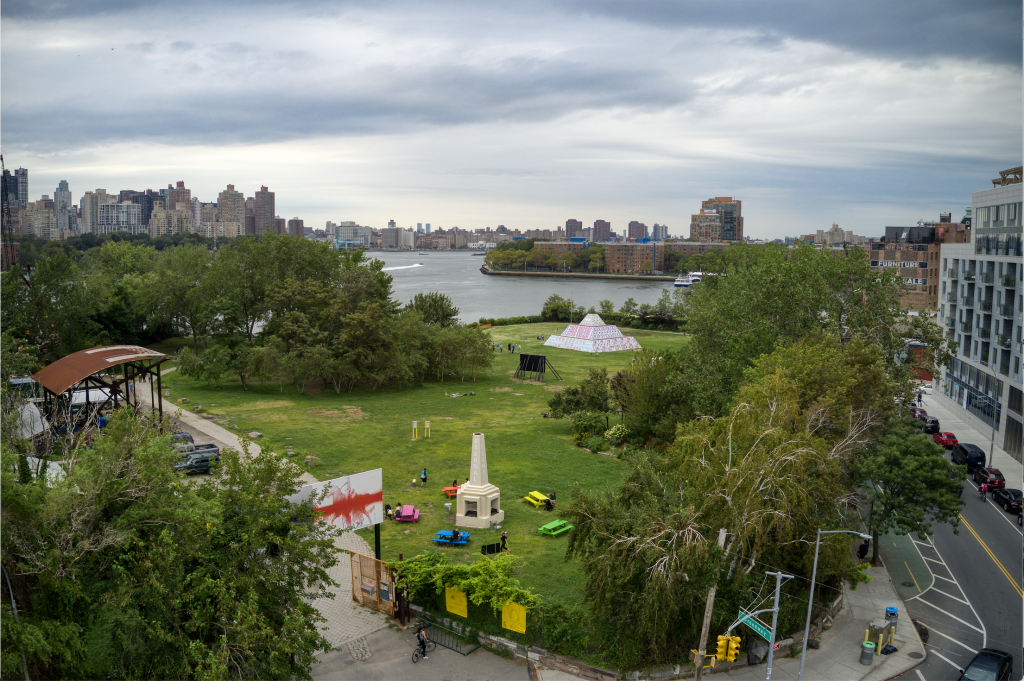 Jeffrey Gibson is an interdisciplinary artist based in Hudson, New York. His artworks make reference to various aesthetic and material histories rooted in Indigenous cultures of the Americas, and in modern and contemporary subcultures. Gibson is a recipient of a 2019 MacArthur Foundation “Genius” grant.Gibson’s previous exhibitions include, Jeffrey Gibson, ‘LIKE A HAMMER,’ organized by the Denver Art Museum, and ‘This Is The Day,’ organized by The Wellin Museum. Other notable solo exhibitions include: ‘The Anthropophagic Effect’ (2019) The New Museum, New York; ‘Look How Far We’ve Come!’ (2017), Haggerty Museum of Art, Milwaukee; ‘Jeffrey Gibson: Speak to Me,’ (2017), Oklahoma Contemporary Arts Center, Oklahoma City; and ‘A Kind of Confession’ (2016), Savannah College of Art and Design Museum, Savannah.

Paul Ramírez Jonas was born in Pomona, California in 1965 and raised in Honduras. Educated at Brown University (BA, 1987) and Rhode Island School of Design (MFA, 1989), Ramírez Jonas, currently lives and works in Brooklyn. Over the last twenty-five years Ramírez Jonas has created works that range from large-scale public installations and monumental sculptures to intimate drawings, performances and videos. Through his practice he seeks to challenge definitions of art and the public, engineering active audience participation and exchange. For example, his 2010 Creative Time project, ‘Key to the City,’ involved 20,000 participants and centered around a key as a vehicle for exploring social contracts pertaining to trust, access, and belonging. Keys have featured repeatedly in his work as symbols of access and exclusion as well as public and private ownership. Multiples based on everyday objects such as coins also are a reoccurring motif, allowing the artist to question notions of value, circulation, and societal rituals or behaviors. He is currently an Associate Professor at Hunter College, where he has been since 2007, and is represented Galeria Nara Roesler.

Jess Wilcox is the Curator and Director of Exhibitions at Socrates Sculpture Park. Since joining Socrates in 2016, she has curated several group and solo exhibitions including ‘Chronos Cosmos: Deep Time, Open Space’; Virginia Overton: ‘Built‘; ‘Nari Ward: G.O.A.T., again‘; ‘The Socrates Annual’ exhibitions; and the Folly/Function architectural competition. From 2011-2015 she worked at the Elizabeth A. Sackler Center for Feminist Art at the Brooklyn Museum organizing public programs and public artworks and where she co-curatedAgitprop!, an exhibition of historical and contemporary political art. She has curated shows at Abrons Art Center, ISCP and SculptureCenter, among other venues. She has a BA from Barnard College and a Master’s degree from Bard CCS.