Cloudy and 65° in Queens

Cloudy and 65° in Queens The background color of this website changes based on current sky conditions in New York City. 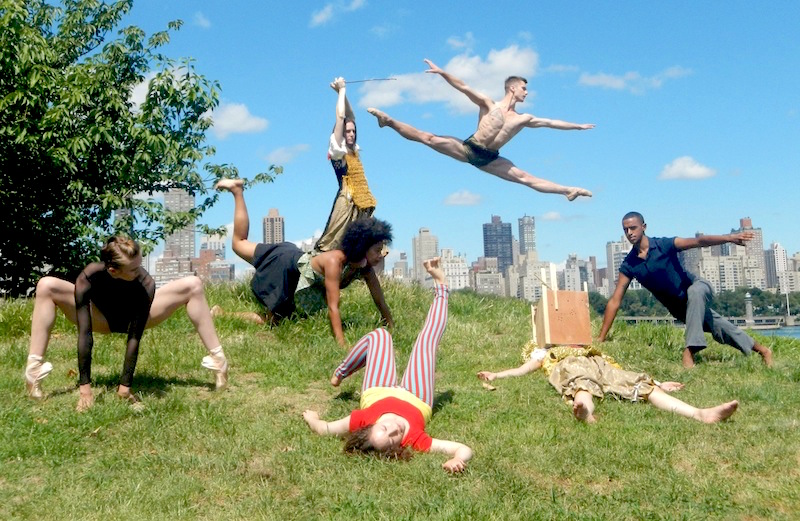 *Young Choreographers is a program run by Norte Maar that aims to provide school-age dancers with opportunities to learn from and work alongside professionals.

Dancer and Choreographer KYLE MARSHALL is a 2018 NY Dance and Performance “Bessie” Jury Award recipient and a 2017 NJ State Council of the Arts Choreography Fellow. His dance company, Kyle Marshall Choreography (KMC) sees the dancing body as a site for celebration, an igniter of social change and a container of history. KMC has performed at venues including: Jacob’s Pillow Inside/Out, Joe’s Pub at the Public, Actors Fund Arts Center, NJPAC, NYC Summerstage, Wassaic Arts Project, and Conduit Dance (PDX). Commissions have included: “Dance on the Lawn” Montclair’s Dance Festival, NJPAC and Harlem Stage. Kyle currently dances with the Trisha Brown Dance Company and doug elkins choreography etc. Kyle is a graduate of Rutgers University with a BFA in Dance.

KATHRYN ALTER attended Interlochen Arts Academy, and graduated from Purchase Conservatory of Dance with the highest honors in 2001. Ms. Alter has been a member of the Limón Dance Company since 2003. She is also a founding member of Riedel Dance Theater, and has worked with Alan Danielson and Kazuko Hirabayashi. She is on faculty at the Limón Institute, and teaches internationally. She is a part of the N.A.D.I.N.E. Project and helps to organize the Limon Company Choreographer showcases. Her most recent choreographic commissions were created at Stephens College in Missouri, and for Nemian Dance Company in Mexico City. Last year she premiered the duet, Incarnatus Est as a part of American Dance Guild’s Bare Bones, and was a featured choreographer this year as a part of Spring Movement at Center for Performance Research in Brooklyn. In addition to New York venues, Ms. Alter has presented work in Arizona, and Massachusetts.

KONVERJDANS is a contemporary ballet company co-founded in 2016 by artistic directors Amy Saunder, Jordan Miller and Tiffany Mangulabnan, three dancer-creators who hail from Zimbabwe, the US and the Philippines, and who come together (converge) in the name of creating art in New York City. konverjdans is dedicated to celebrating the convergence of different art forms, backgrounds, and experiences by always creating dance in collaboration with other artists – musicians, visual artists, photographers, filmmakers, and others; to always performing with live music, highlighting the importance of musical collaboration in dance; and to performing in a wide variety of spaces, making dance accessible to diverse audiences. konverjdans hopes eventually to conduct outreach programs in the directors’ home countries of the United States, Zimbabwe and the Philippines. konverjdans was a Selected Choreographer at the 2018 Women in Dance Leadership Conference in New York City, and has been presented several times by Norte Maar. We have presented our work at venues such as Danspace Project, Mark Morris Dance Center, Gibney Dance Center, The Actors Fund Arts Center, Socrates Sculpture Park, JOHN DOE Gallery,  The UNRULY Collective ArtHouse, The Muse Brooklyn, Lovecraft NYC, Bizarre Bushwick, The Paperbox NYC, and others.

GIABELLA TAYLOR loves dancing, singing, acting, and the process of creating art in all its forms. Gia Taylor (12) began dancing at the Lucy Moses School when she was 2.  She currently studies modern dance and composition with Ellen Robbins and ballet and character dance at the Jacqueline Kennedy Onassis School (Affiliated with ABT).  Gia is a student at PPAS (the Professional Performing Arts School) in midtown Manhattan and balances her dance skills with painting, songwriting, singing, acting, and piano studies.  In August 2016, Gia was part of the Broadway For All Showcase at the Sheen Center, where she performed the solo song, ‘Mama knows best’.  Gia has repeatedly been featured as a soloist in the Family Matters Showcases at NYLA (since she was 6) and in December 2015 danced the lead child role in Dances Patrelle’s, The Yorkville Nutcracker, at the Danny Kaye Playhouse.

AMELIA SANDERS has created her own choreography since she was 5 years old. She has studied modern choreography and improvisation with Ellen Robbins since 2010. Amelia’s choreography has been performed at New York Live Arts, 92Y, and Mary Anthony’s loft. She also studies at the Taylor School and is a founding member of the Paul Taylor Teen Ensemble. She assists with children’s classes both with Ellen Robbins and at the Taylor School. Amelia has studied Isadora Duncan technique with Lori Belilove and was a member of the Isadora Duncan Dance Foundation’s Junior Company. She has since continued her study of Duncan with Loretta Thomas and Catherine Gallant and has performed with Ms. Gallant’s Dances by Isadora. She has also studied with Ronald K. Brown/Evidence and received Beth Young Scholarships to their Summer Dance Workshops. She has performed The Unanswered Question by Anna Sokolow with the Sokolow Theatre/Dance Ensemble. Amelia plans to pursue a life in dance.