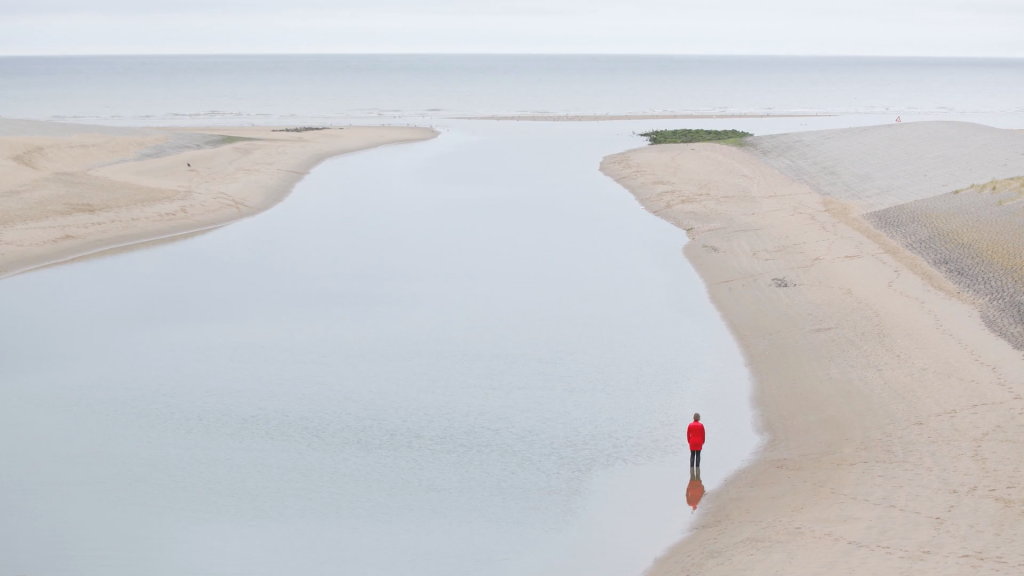 36.5 / NEW YORK ESTUARY is the culminating work in the series, 36.5 / A Durational Performance with the Sea, and the culminating event in the Works on Water 2020-2022 Triennial. It will be a large-scale global event involving several hundreds of people around the world on September 14, 2022. The live performance will take place in the Cove on the East River where Astoria meets Long Island City in Queens, on Wed, Sept 14, 2022. Sarah will stand in water for 12 hours, 39 minutes, a full tidal cycle, inviting the public to participate by joining her in water and/or marking the passing of hours from shore as “the human clock.” Artist collaborators will create interventions and installations to amplify the performance. Viewing stations around the Cove, on Roosevelt Island and Upper East Side, Manhattan will allow audiences to gather from various viewpoints.

Built in collaboration with communities around the world, Sunde stands in a body of water for a full tidal cycle. 36.5 / A Durational Performance with the Sea , 2013 – presentis a series of nine site-specific performances and video artworks that activate the public on personal, local, and global scales in conversations around deep time, embodied experience, and sea-level rise. Beginning in 2013 with a simple poetic gesture in response to Hurricane Sandy hitting New York, Sarah stood in water for 12 hours and 48 minutes while the tide rose and fell on her body. Since then, 36.5 has grown into a complex, collaborative, evolving series of works involving hundreds of people in communities around the world: Maine, Mexico, San Francisco, the Netherlands, Bangladesh, Brazil, Kenya, Aotearoa-New Zealand, and New York City. Over several months, often years, Sarah builds deep and meaningful collaborations with local communities who live near a body of water where sea-levels are expected to rise. Working with a local team, she films the entire event in real time, and translates this footage into a durational video work to be shown in museums, galleries, and public spaces. The ninth and final work in the series will premiere on September 14, 2022 in so-called Queens, Lenapehoking-New York City / Sewanhacky-Long Island.