Mostly sunny and 78° in Queens

Mostly sunny and 78° in Queens The background color of this website changes based on current sky conditions in New York City. 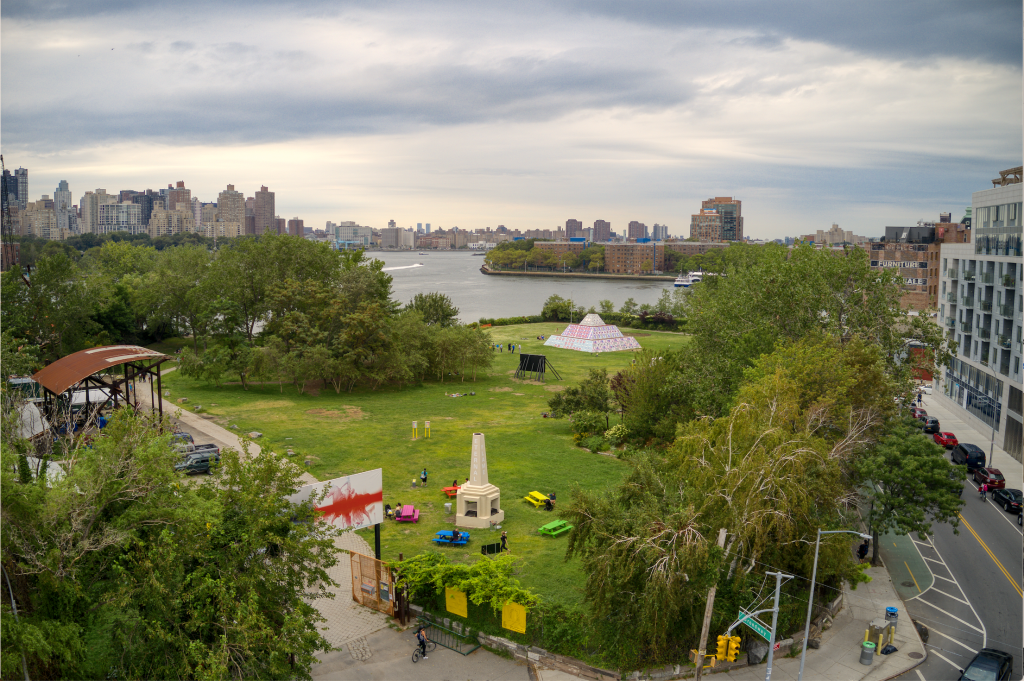 On view summer 2020 – March 2021, ‘MONUMENTS NOW‘ was an exhibition evolving over three cumulative parts that sought to examine the role of monuments in American society and champion underrepresented peoples and narratives.

Programming for ‘MONUMENTS NOW’ Part I

Part I Artists In Conversation with The Brooklyn Rail

Friend of the Park, The Brooklyn Rail, invited the three acclaimed artists whose respective monument projects comprise the first part of the ‘MONUMENTS NOW‘ exhibition – Jeffrey Gibson, Paul Ramírez Jonas, and Xaviera Simmons – to speak about their projects and the contested form of the monument. Socrates Curator and Director of Exhibitions, Jess Wilcox, moderated and poet Jive Poetic also contributed to the conversation and rounded out the event with a reading.

Artist Jeffrey Gibson considers his monument installation, ‘Because Once You Enter My House It Becomes Our House,’ to be a platform that can serve to elevate marginalized voice, particular those of Indigenous peoples.

In keeping with this sentiment, Gibson invited three Indigenous creatives – Laura Ortman, Emily Johnson, and Raven Chacon – to activate ‘Because Once You Enter My House It Becomes Our House,’ with a series of performances released as part of a virtual screening series over the course of the ‘MONUMENTS NOW‘ exhibition.

Artist Paul Ramírez Jonas‘ monument project, ‘Eternal Flame,’ functions as a communal barbecue. He sees the project as a catalyst for conversation and exchange among individuals coming together over a shared enjoyment of cooking and eating. The barbecues are available for public use on a first-come, first-served basis when the Park is open, which is every day from 9am to sunset. In addition, Ramírez Jonas has created a limited edition ‘Eternal Flame‘ matchbook that is freely available to Park-goers via dispensers attached to the base of the sculpture.

See artist Paul Ramírez Jonas’ ‘Eternal Flame’ monument installation activated by five Queens, New York-based chefs in this documentary short by film-makers RAVA (Ava Wiland and Rafael Salazar). As the chefs cook delicious recipes from around the world, they share their thoughts on cuisine as an enduring component of culture and heritage.

VIRTUAL CONVERSATION: AFTER THE MONUMENT

Artist Xaviera Simmons and Socrates’ Curator Jess Wilcox spoke about Simmons’ powerful three part installation, ‘The structure the labor the foundation the escape the pause,’ for the ‘MONUMENTS NOW‘ exhibition.