Sunny and 38° in Queens The background color of this website changes based on current sky conditions in New York City. 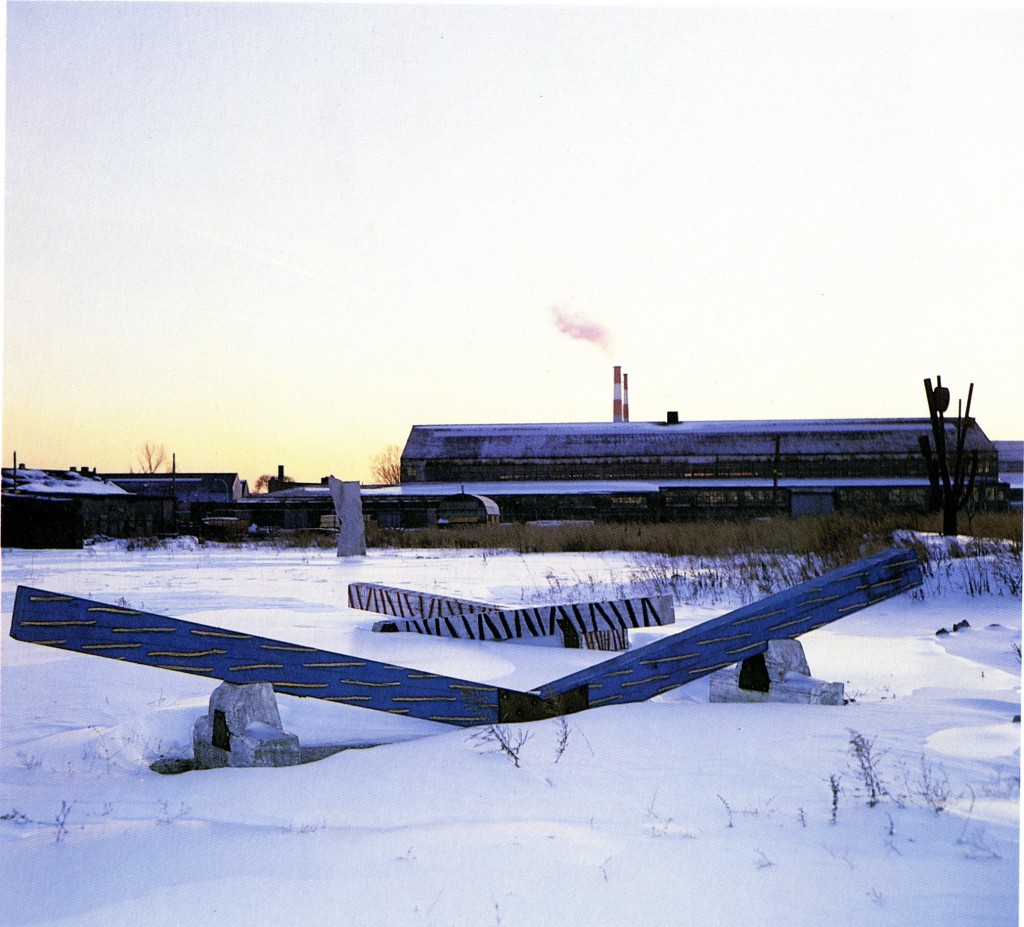 “Luz y Linda” and “River Rise” were constructed as Socrates Sculpture Park was being coaxed out of a vacant lot. The first time I walked out onto the land, it was a tangle of weeds dotted with rubble. I kept looking for something to stand on so that I could get an overview of the land meeting the river, but there were no rises. When I was invited to build sculpture benches for the park, I decided to build forms that would encourage people to climb and stand on, as well as sit and lie down upon them.

It was a treat to work on tthe site, chainsawing in the sun by the river in June. The raw energy of transformation was contagious. At the end of each day, some of my crew and I would startle fellow passengers as we boarded the subway, sunburned and exhausted, covered as we were with sawdust, but talking excitedly about the birth of a community park.