Mostly cloudy and 66° in Queens

Mostly cloudy and 66° in Queens The background color of this website changes based on current sky conditions in New York City. 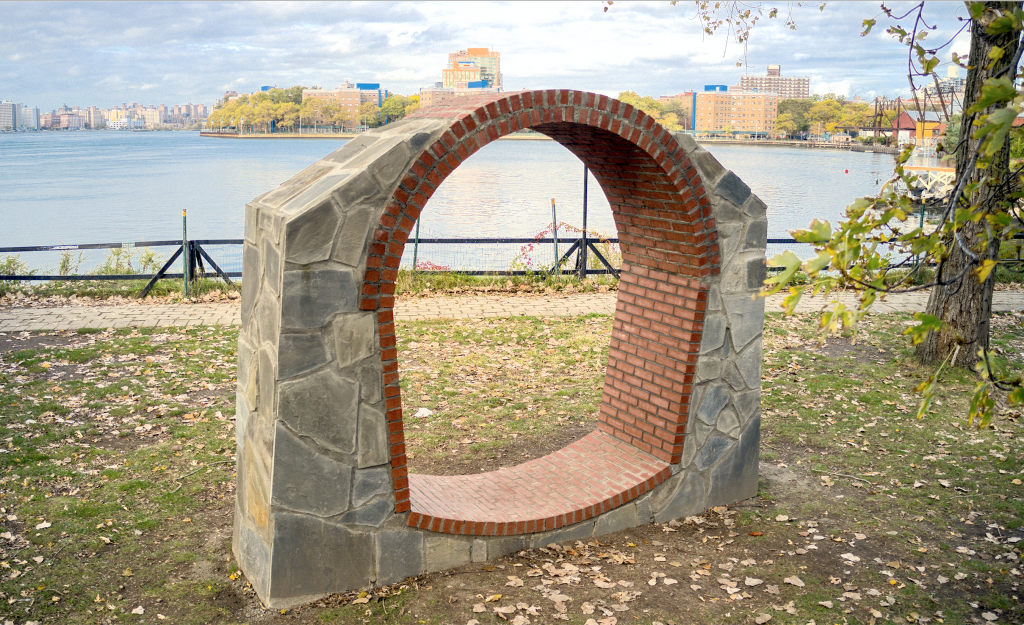 About ‘Croton Arch of Triumph’

This one-to-one-scale cross section of the Old Croton Aqueduct unearths the hidden infrastructure of New York City as an homage to foresight, planning, and public service. The aqueduct, which opened in 1842 in an effort to mitigate wide-spread fires and industrial pollution of local water sources, is a feat of ingenuity, engineering, and cooperation among government, community and private enterprise. Cortes Ortega’s monument suggests that learning from history may be a means of confronting the crises we face today.

My name is Dionisio Cortes Ortega and I am the artist who created the sculpture Croton Arch of Triumph. Croton arch of triumph is a full scale replica of a slice of the old croton aqueduct system in NYC built from brick and stone. I chose to memorialize New York City’s water system because it’s invisible to the average city dweller, because of how it transformed the city, and most importantly because of the foresight it required to propose what was a seemingly impossible solution to a grave social, health and economic problem when it was first conceived. Apart from the obvious reference to the well known arches of triumphs around the world, The inspiration for Croton Arch of Triumph came from a book that Kevin Bone, a professor at The Cooper Union, wrote called Water Works. Water Works compiles an impressive collection of historical photographs and drawings of the history of the New York City water system. The NYC water system comprises three main aqueducts: Old and New Croton Aqueducts, the Catskill Aqueduct and the Delaware Aqueduct, all which bring approximately 1.2 billion gallons of water into the city a day. The most striking story is that of the inception of the old croton aqueduct system. From the late 1600s to the early 1800s the water supply was limited. Most of it depended on water wells that soon became contaminated because of the rapid population growth and lack of proper sewage systems. Health and hygiene were at an all time low and fires were consuming the city all around. The people, the government, and private companies all came together and agreed something needed to be done immediately. Planning began in 1830 and twelve years later, in 1842 the first major water works system, currently known as the Old Croton Aqueduct, was completed. What struck me about this story is that it all sounds a little too familiar. Today, we are all experiencing a similar social, health and economic crisis. We are living through a global pandemic, a racial reckoning demanding the evaluation of the myriad ways that racism is embedded into our institutions, economic inequality is at an all time high, and climate change is an undeniable reality with a disproportionate impact on the most vulnerable. I cannot think of a human quality that is more in need today than foresight. We need communities, government and private companies to come together and plan for the future. Masks, listening to and elevating underrepresented voices,and solar panels are some examples of how we are addressing the problems we face today. But perhaps we are not thinking big enough. What seemingly impossibly large project do we need to envision now so that we can protect our future?

Ortega participates in a series of virtual programs produced by the 2020 Socrates Artist Fellows in tandem with the ‘Call and Response‘ exhibition: