Partly sunny and 74° in Queens

Partly sunny and 74° in Queens The background color of this website changes based on current sky conditions in New York City. 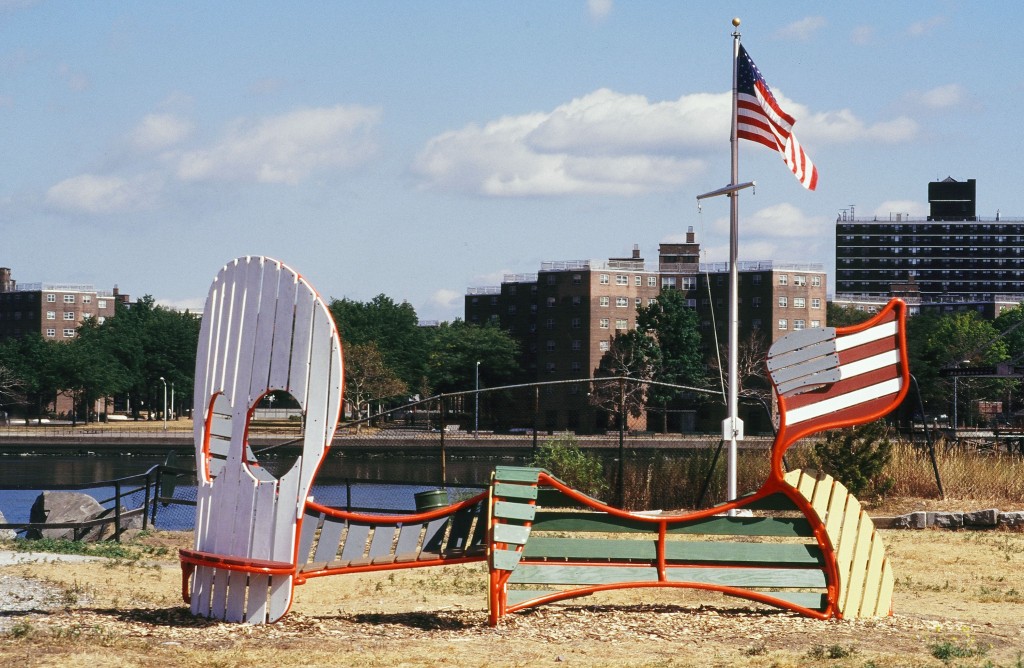 The title Eye of Newt is a play on the incantation during the witches’ gathering that opens Act 4 of Shakespeare’s Scottish play. It is intended to be a (very) backhanded reference to the current Speaker of the House of Representatives pf the American government. The basic form of the piece is a snake or other reptile with a death’s head or skull at one end, and waving the American flag at the end of its tail. Other iconographic elements that are involved in the piece are the American landscape and a “ship of State.” The skull could also be considered a self-portrait, striking its tongue out at Mr. Gingrich.

The sculpture is intended to provide a gathering/seating/play place, as well as just being something to look at. The reason for the wood surfaces is in part to provide a non-slip surface for kids to play on.