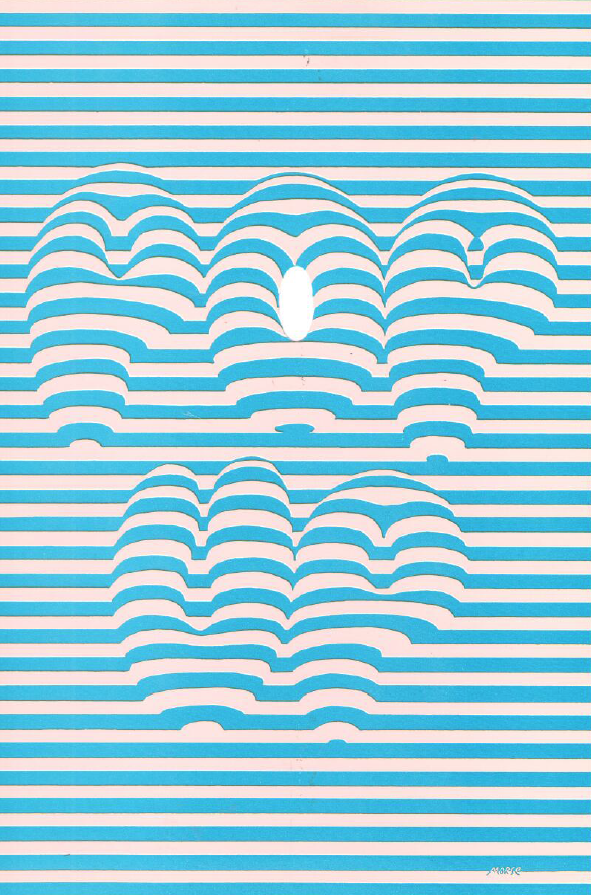 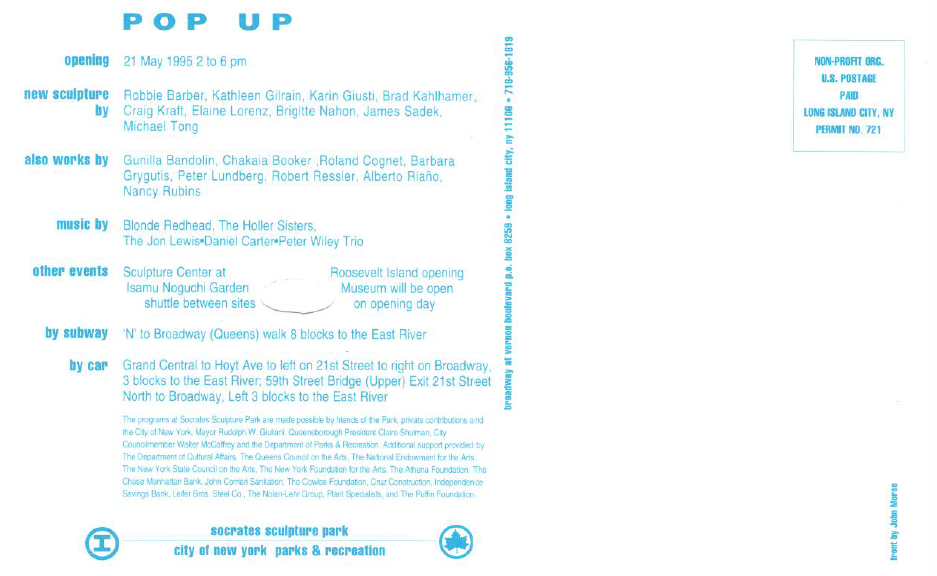 The programs at Socrates Sculpture Park are made possible by friends of the Park, private contributions, and the City of New york, Mayor Rudolph W. Giuliani, Queensborough President Claire Shulman, City Councilmember Walter McCaffrey and the Department of Parks & Recreation. Additional support provided by The Department of Cultural Affairs, The Queens Council on the Arts, The National Endowment for the Arts, The New York State couincil on the Arts, The New York Foundation for the Arts, the Athena Foundation, The Chase Manhattan Bank, John CorrieriSanitation, The Cowles Foundation, Cruz Construction, Independence Savings Bank, Leifer Bros. Steel Co., The Nolan-Lehr Group, Plant Specialists, and tThe Puffin Foundation.